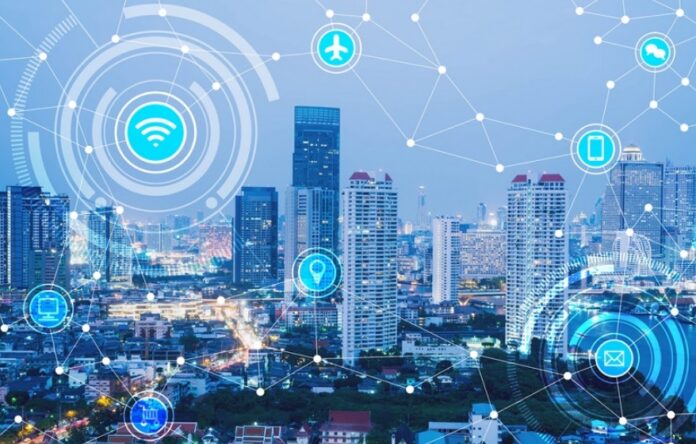 Wireless technology enables long-distance communication between multiple parties without the need for physical connections like wires or cables. That incorporates both RF and IR wave communications.

Heinrich Hertz’s discovery of electromagnetic waves was the first step toward developing wireless technology (1857–1894). In the early 1900s, Marconi was also the pioneer in sending radio signals to a portable receiver aboard a ship. Although wireless technology has traditionally lagged behind its wired counterpart and is typically more expensive, it offers the distinct advantage of portability by allowing the user to receive and send data regardless of where they happen.

These days, the term “wireless technology” can refer to a wide range of products, from garage door openers and baby monitors to walkie-talkies and cellular phones, and even transmission systems like point-to-point microwave links, wireless Internet access, and satellite communications.

The significance of wireless technology to modern corporations and why it matters?

Companies have become more challenging to compete in today’s market without adopting modern technologies like a secure wireless network. Wireless technology in the workplace allows workers greater freedom of movement throughout the building without disrupting their access to the company network. Meanwhile, all users have equal access to the network’s shared resources, including programs and data.

Workers may easily switch between workstations using a laptop, eliminating the need to unplug and re-configure each time. When a company expands in size or the number of employees, it will benefit from a wireless network that can accommodate the additional services, applications, and data transfer speeds that come with this expansion.

Most people nowadays will mention laptops, tablets, Smartphone’s, and modems (routers) when asked what they associate with wireless technology.

Most of us today use one of two primary forms of wireless technology:

Tablets, game consoles, projectors, printers, and Smartphone’s can all connect to the web thanks to wireless network technology known as Wi-Fi. Wi-Fi is also used in medical equipment, laptops, and digital audio players.

With this innovation, gadgets can talk to one another across great distances. It is now possible for two people with cell phones to have a conversation from Alaska to Australia. They can do so because of cellular networks.

Cellular communications, networking between computers using wireless adapters, and wireless computer accessories are all “wireless,” a catch-all phrase for any technology or equipment that transmits data over the air rather than over wires.

Through a wireless network, individuals now have instantaneous access to any data and information they would require. The setup is also less messy and more straightforward when wireless is used. Almost no cabling present, if any at all, intended to prevent potential dangers.

Meanwhile, if the network is stable, in-building wireless networks allow for connectivity wherever on the premises, which is a massive perk for renters, visitors, and staff alike. Most modern wireless networks are also “future proof,” meaning you can upgrade them to incorporate any new technology as it becomes available.

Though the upfront costs of deploying or upgrading a wireless network within a building may seem high, the ongoing expenses of maintaining such a network will eventually become more affordable, making the investment worthwhile.

The Best Technology for Lawyers in the Upcoming...

All Things You Should Know about the Scroll...

Which is better: SEO or SEM services?

How Does Address Lookup Work?

What Is CRM Software for Small Business and...