Home Business What the Process of Filmmaking Entails
Business

What the Process of Filmmaking Entails 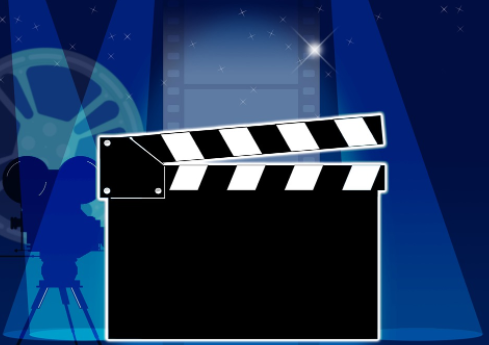 Filmmaking and video products are laborious procedures. However, they have a way of paying everything off. That is because videos are one of the most engaging kinds of content many individuals use nowadays. After watching a good movie, only a few individuals sit back and think of the effort into filmmaking. According to Mark Murphy Director, you can look at the movie’s budget and the amount of money that actors got paid. Still, you might not understand the entire process of producing a movie without scrutinising it yourself. Ideally, the filmmaking process consists of several stages, including:

Before filmmaking gets started, it must go through the phase of development. This stage includes planning, creating, organising, and writing film projects. During this phase, the location is already decided, many scripts written, and the budget set. Mostly, directors and writers at this stage also create a storyboard so as to entice creative producers to finance the movie.

Budgeting is an important phase of pre-production. Producers must work on a budget so as to begin raising finances and carry out a project of the amount of cash they require for every phase. Each department’s task depends on the budget. Once a producer understands the budget, they will negotiate properly with service providers and the entire crew.

This phase encompasses a total breakdown of the entire script. The whole idea here is to have a better analysis of the film. During the pre-production phase, you may also know how much the production will cost and finance their project. TV, governments, big corporations, and individuals are the popular investors you can get in the filmmaking industry.

The production phase, also regarded as principal photography, is when the shooting starts. During this timeframe, more teams can be hired. This may include a property master to oversee and acquire the film’s props and a script supervisor to look at the progress of a script while filming.The costume, makeup, and hair departments may handle the visual appearance of actors, while actors will need to rehearse their block scenes and lines.

Basically, post-production encompasses sound mixing, editing, and other special effects the filmmaking project might require. When editing the TV episode or film, directors may choose to film more scenes or reshoot. Doubles, Background Actors, and Stand-Ins can be the major cast for these pickups and reshoots. For instance, if directors need to create crowd noise for a particular scene, they can bring in several Background Actors to record some improvised conversations.

With a strong and stringent distribution strategy, the above five stages of filmmaking are somehow redundant from a business’s point of view. Film distribution is the last phase for producers looking to have ROI in their projects. This might be from streaming services, releasing direct to DVDs, selling to TV networks, or cinema distribution.

With movie production, as with other pursuits involving creativity, every mistake you make, and all you do can help to improve your skills.

Try not to get discounted by the mistakes you make. Instead, keep at it and be willing to learn, work, and maintain a positive vibe.

What jobs are suitable for people with intellectual disability?

What is VSync and when should you use it?

When Should You Repair Your Air Conditioner Yourself?

Here’s Why You Should Invest in the Business...

Significance of Having a Brand Name: Some Untold...

What to pay attention to choosing the writing...

Are No Deposits worth it?