Home General What Should You Know if You Are Involved in a Traffic Collision?
General

What Should You Know if You Are Involved in a Traffic Collision? 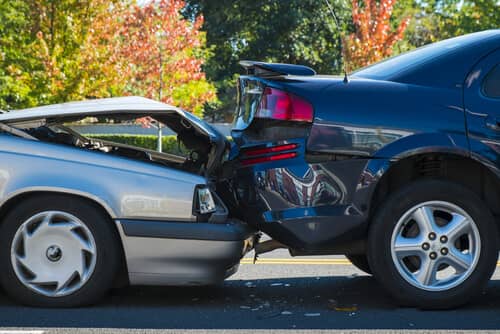 Even though traffic collisions are an unavoidable part of everyday life, the aftermath of a collision can be confusing for motorists. Whether you have witnessed a traffic collision or were involved in one, various actions must be taken immediately. This includes exchanging information with the other persons involved, making a police report, and contacting the insurance company.

Let’s take a closer look at traffic collisions and provide answers to some of the frequently asked issues that arise from these unfortunate events.

What is a Traffic Collision?

Unintentional traffic accidents are characterized as collisions involving one or more cars. A common feature of traffic accidents is the involvement of stationary objects, such as trees, walls, or parked automobiles. Additionally, it can incorporate other “moving things,” such as a pedestrian or a bike.

Because most traffic crashes are not accidents, law enforcement officers no longer refer to them as “traffic accidents.” In most cases, the party most responsible for a traffic collision did anything illegal, which resulted in the accident. The “Primary Collision Factor” is used to refer to this.

When an officer investigates a collision, they will usually express an opinion as to how the collision occurred; this will result in the identification of a Primary Collision Factor that is associated with statutory law, such as speeding, failing to stop at a stop sign, or starting the vehicle in an unsafe manner.

What is the Three Collision Rule?

When you first notice an accident, count the number of cars involved and multiply the total by three. At the scene of every automobile accident, three collisions occur within each vehicle. The three-collision rule is the name given to this rule. It is critical to understand kinetic energy, which is the energy stored in a moving item due to its motion, before learning about the three rules thoroughly. When an automobile accident happens, the kinetic energy from one car will pass to the item it collides with.

Modern automobiles are equipped with safety systems that absorb a considerable percentage of kinetic energy, but humans are not completely protected against this type of energy. The first collision happens when a vehicle collides with another object, usually caused by an accident in an automobile. When the car collides with another object, it decelerates suddenly as the collision forces crush it.

The second collision occurs when the vehicle’s occupants move in the same direction and at the same speed as their vehicle until they come into contact with one another, which causes the vehicle to cease moving forward. An individual will not come to a complete stop until they come into contact with another object, such as a steering wheel or a window. This highlights the significance of wearing a seatbelt.

In addition, passengers may sustain injuries due to loose or flying debris in the vehicle during a collision. Injuries caused by small items such as pens, telephones, and other small personal items are not uncommon. It is preferable to look for objects behind the driver’s or passenger’s seat in the passenger compartment if you require them quickly. If you have any big things, such as baggage, you should put them in the trunk of your car.

The third collision happens when the internal organs of the individuals begin to travel towards the point of impact. Even when the human body has come to a complete stop in an accident, the organs may continue to function.

In contrast to the other two principles, injuries sustained in automobile accidents are unpredictable. Someone involved in an automobile accident may appear to be uninjured on the outside, yet they may have suffered internal damage. People involved in accidents that entail severe deceleration forces may experience bleeding, rupture, fracture, and tear of their solid organs.

What Are the Common Types of Traffic Collision?

What Happens After a Collision?

The use of video surveillance can be useful in ascertaining the exact cause of a collision in specific circumstances. To form an opinion on how the incident occurred, an officer will normally question the involved drivers at the scene if both drivers are present and if any witnesses were present when the collision occurred.

Officers look for clues to determine the “Area of Impact,” which is the approximate location where the two parties collided and caused damage or injury. The Area of Impact is critical when determining guilt, especially when the incident occurs in an uncontrolled intersection.

The officer may issue a traffic citation to the driver deemed the most at fault after the investigation. The violation linked with the Primary Collision Factor is most often the reason for the citation issued to the at-fault driver. Most at-fault drivers are often aware that they are at fault but were unaware that they had broken the law until they received a citation from the police.

Following a car accident, you have several legal obligations to meet as set out by the law to protect yourself and others. All parties must find a safe spot to pull over and stop as soon as possible. In the event of a collision, the drivers involved should exchange insurance information and can contact the local law enforcement agency with authority over the area where the collision happened.

If you happen to hit a parked vehicle, a sign, or any other property and cause damage, you must make a good faith effort to locate the damaged property owner. The legislation compels the at-fault motorist to leave a written notice with their identity, a description of the facts, and the name and address of the law enforcement agency with local jurisdiction where the collision happened if an attempt to contact the owner of the property is unsuccessful.

Failing to comply with any of the responsibilities above, you may be subject to prosecution for various traffic violations.

Recoverable Damages for a Traffic Collison

Depending on the circumstances, if another motorist has caused you or a loved one to suffer injuries due to their carelessness, you may be able to file a claim or lawsuit against them to receive compensation.

Binghamton Car Accident Lawyer work tirelessly on your behalf to guarantee that you receive compensation for any losses. Listed below is a list of possible recoverable damages that you may be entitled to receive:

Take proper steps to hold the person who caused your accident responsible for their conduct. We can help you determine whether or not your damages were caused by your traffic accident injuries and, if so, whether or not they should be included in your compensation. While money will not be able to solve all of your problems, it will be able to help you move forward and find closure.

If you were harmed in a traffic collision, you may be able to file a claim against the at-fault driver’s insurance company, which would be outside of the scope of the state’s no-fault vehicle insurance regulations.

You can speak with a representative from Scott C. Gottlieb, Injury Law Attorney, to see whether or not you are eligible to file a lawsuit against the person who caused your accident. They can assess your injuries and accident case, after which they can advise you on your legal alternatives.

How Far In Advance Do You Have To Hire A Moving Company?

Give Your Translation Plugin a Boost With conveythis