What New Trends to Look Out For in the Gaming World 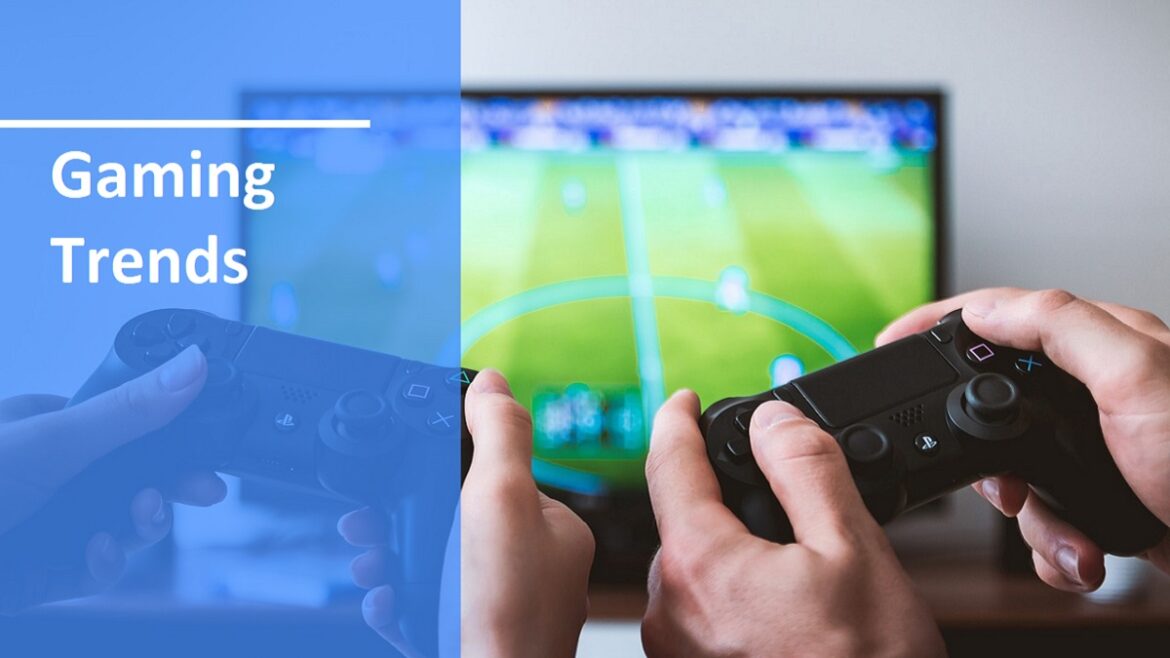 As we move further into the 21st century, video games are becoming an increasingly important part of our culture. They offer a unique form of entertainment that can be enjoyed by people of all ages and backgrounds. And with new gaming platforms and technologies constantly emerging, there’s always something new to explore in the world of video games.

This year, there are several trends worth keeping an eye on in the gaming world. Here are just a few of the most exciting developments in the world of video games that you should be aware of:

One of the most intriguing gaming trends is the rise of augmented reality (AR) games. These are games that use your smartphone’s camera to superimpose digital elements onto the real world around you. This technology has been used in popular games like Pokémon GO and Jurassic World Alive, and we’re likely to see more AR games released in the coming year.

In recent years, we’ve seen a surge in the popularity of indie games. These are games that are typically developed by small teams or even individuals, without the backing of a major publisher. Some of the most popular games in recent years, such as Stardew Valley and Undertale, have been created by indie developers. And as the gaming industry continues to grow, we’re likely to see even more breakout hits from independent game creators.

Virtual reality (VR) technology has been around for a few years now, but it’s only recently that VR headsets have become more affordable and mainstream. As prices continue to drop and technology improves, we’re likely to see VR headsets become more popular in the coming year. If you’re looking for a truly immersive gaming experience, then a VR headset is definitely worth considering.

eSports, or competitive gaming, has been growing in popularity in recent years. It’s now commonplace to see professional gamers streamed on platforms like Twitch, and many eSports tournaments are televised or even held in large stadiums. This trend is only likely to continue in the coming year, as more people discover the excitement of watching (and playing) competitive video games.

Cloud gaming is a relatively new technology that allows you to play games without having to download or install them on your computer. Instead, the game is run on a remote server and streamed directly to your device. If you have a fast internet connection, then cloud gaming can offer a great gaming experience. And with the recent launch of Google Stadia, a cloud gaming platform from Google, we’re likely to see this technology become even more mainstream in the future.

Game streaming services, such as Microsoft’s Xbox Game Pass and Sony’s PlayStation Now, are becoming increasingly popular. These services allow you to access a library of games for a monthly subscription fee. This is a great way to try out new games without having to commit to buying them outright. And with more and more game streaming services launching, it’s likely that this trend will continue to grow in the coming year.

Mobile gaming has been on the rise in recent years and it’s now one of the most popular ways to play video games. In fact, there are more than 2.2 billion active mobile gamers around the world. And with the release of new gaming smartphones, like the Razer Phone 2 and Asus ROG Phone, it’s likely that even more people will start playing games on their phones in the coming year.

Free-to-play games are games that are available to play for free, but they also offer in-game purchases that can help you progress through the game more quickly. This model has been extremely successful for many mobile games, like Candy Crush and Clash of Clans. And we’re likely to see more free-to-play games on other platforms in the future, as companies look for new ways to monetize their games.

So there you have it, eight gaming trends to keep an eye on in the next few years. Whether you’re a casual player or a hardcore gamer, be sure to stay ahead of the curve and check out some of the latest and greatest games that the industry has to offer.

Electronic Engineering Transformation in the History