Home Sports What Does “Resigning from the Academy” Actually Mean?
Sports 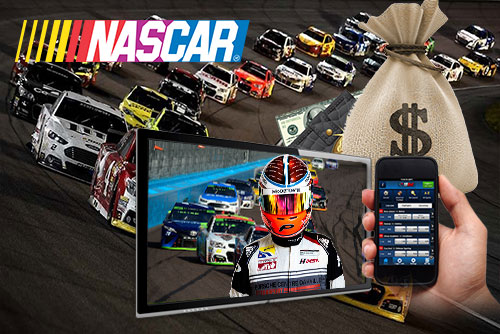 By now most of the dust has settled from the “Slap Heard ‘Round the World” when Will Smith charged the stage at the Academy Awards and assaulted Chris Rock. Apologies have been made, Rock is back on his comedy tour, and things seem to have subsided a bit – but have they?

There’s NASCAR betting, wagering on bowling, and now even odds on a Smith vs. Rock celebrity boxing match (Smith being a -220 favorite by the way). No charges were filed against Smith, so the biggest repercussion has to be the actor announcing his resignation from the Academy the Friday after the Oscars. There’s some confusion at what that actually means, so let’s settle it:

There’s a lot of confusion around ‘the slap’ with some people thinking it was a scripted bit. Rock had made what seemed like a simple joke “Jada Smith is here, G.I Jane 2 can’t wait to see it.” Jada Smith is Will’s wife who keeps a very short haircut that resembles Demi Moore’s character in the 1997 military film.

At first it seemed like Will Smith seemed to laugh off the joke, but as Rock continued on with his presentation the next thing we know Smith is walking down the aisle and delivering a smack across the comedian’s face. It still seemed like a scripted bit, until Smith yelled violently from the crowd for Rock to, “keep my wife’s name out your (expletive) mouth” and then repeated that angrily. A noticeable tension crept over the crowd after that outburst.

Was Smith Asked to Leave the Oscars?

The Oscars television broadcast cut to commercial following Quest Love’s win for his documentary Summer of Soul. Footage was captured of actors Tyler Perry, Denzel Washington, and Bradley Cooper consoling Smith as if he was the one who was just assaulted. There are rumors about problems in Smith’s marriage, so perhaps this was the breaking point and his friends realized it.

Oscar producer Will Packer has revealed that it was Rock’s decision on whether or not to press charges and if he wanted Smith removed from the crowd and/or arrested. Rock, being a true professional, said the show must go on and denied requesting Smith be removed from the facility. No formal request was ever made for Smith to be removed, and ironically he took home the Academy Award for best actor for the film King Richard.

Smith Resigns from the Academy

To his credit Smith did apologize to Rock, taking to Instagram to say in part, “I would like to apologize to you Chris, I was out of line and I was wrong.” He went on to add, “there is no place for violence in a world of love and kindness. Violence in all forms is poisonous and destructive.”

Smith also went on to resign from the Academy just five days after the slap. Some people think that means the actor can never win another Oscar or come to another ceremony but that’s not the case at all. Not saying that he ever will, but Smith can still:

The only thing that resigning from the Academy does is prevent Smith from voting for future awards. Some news outlets seem to have glossed over this very important aspect of Smith’s resignation as he can still win future Oscar awards even though it may be tough to vote for him considering his actions at this year’s event. It would probably be in Smith’s best interest to avoid the red carpet next year as well.

The Academy is going to launch a more formal investigation into the event on April 18th, and they may decide to strip Smith of his Oscar and ban him from future ceremonies and nominations. That will be their decision though, and as of now Smith’s resignation seems like nothing more than a hollow gesture likely recommended by a publicist.

Everything To Know About Limo Van Rental In Houston