Home lifestyle Using Billboards in Omaha? Everything You Need to Know
lifestyle

Using Billboards in Omaha? Everything You Need to Know 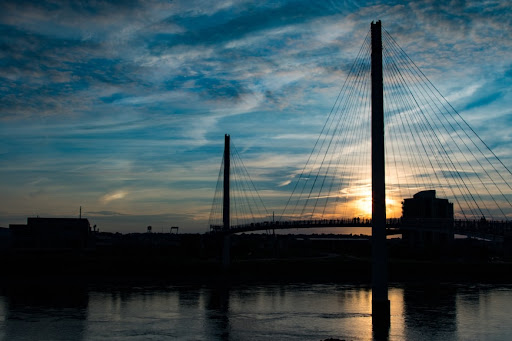 Billboards are one of the oldest types of marketing that still has a pertinent and relevant role in advertising today. Although they may seem a little outdated to some, billboards are actually extremely popular and continue to prove how effective they are each and every year. However, not every city or region is the same when it comes to billboard strategies and tactics that will prove effective or impactful.

Most billboards in the United States, and even abroad, are placed strategically in order to take advantage of natural traffic patterns on roads and busy sidewalks. This is why highways popular with commuters will typically be lined with billboards for miles. Not only that, but the closer you get to a metropolitan area like Chicago, or New York, the more billboards will start sprouting up with local and regional advertisements in general. This is typically the case with most big cities.

If you’re looking to create a billboard strategy for consumers in Omaha, you’ll need to know a few things before jumping into the design process. The following should give you everything you need to know to build effective Omaha billboards.

When it comes to choosing a strategic placement for your billboard marketing strategy, it’s important to consider the population. This is one of the aspects about Omaha, Nebraska that makes it such an attractive destination for billboard advertising. Omaha is the most heavily populated city in all of Nebraska with 478,203 people.

Understanding that the population of Omaha is just under a half-million residents will guide you and the design team in a variety of ways when it comes time to start planning the actual billboard campaign. For instance, knowing that Omaha is the biggest city in Nebraska, but a relatively small city when compared to other major metropolitan cities in the United States, there is still a little bit of a small-town-feel.

The average age in Omaha is around 35, though, which also means it’s a bit of a younger demographic in the city itself. The male/female split is also almost exactly 50% while being just ever so slightly favored toward women with less than a 1% difference.

Having all of this information regarding the demographics and the population in Omaha will certainly help any marketing and advertising team create more effective and impactful billboard campaigns.

Another important factor to consider when thinking about a billboard advertising campaign in Omaha is the cost. Before jumping into the cost of billboards in Omaha, though, it’s important to understand the different categories. The first category is a classic billboard or stagnant billboard which features still-art and still-graphics. The second, more modern type of billboard is a digital billboard that features a massive display monitor.

Digital billboards, as mentioned above, feature a massive display monitor which means they can rotate through various pieces of media. Not only that, they also offer designers more creativity in the way of animation, color, and movement.

That being said, the average price for a digital billboard campaign that lasts 4-weeks is $2.63k. Still relatively inexpensive, seeing it’s less than $1,000 extra when compared to the stagnant billboard, but the difference is the floor. The cheapest digital billboard in Omaha for a 4-week campaign is still over $1,200.

Billboards also need strategic placement, even in a city of nearly half-a-million people. Luckily, there are a variety of locations that make for prime billboard real estate scattered throughout the city of Omaha.

The University of Nebraska Omaha, for instance, is a well-attended university. Serving a high student body and their respective families makes this university a perfect opportunity for billboard advertising.

There are also a number of sports stadiums in Omaha that are ideal billboard locations.

5. Other Forms of OOH Marketing in Omaha

There are a wide variety of other out of home marketing opportunities in Omaha as well. From making use of the public transportation systems with transit marketing, to creating a unique advertisement campaign with street-furniture advertising, Omaha offers marketing and advertising professionals plenty of opportunity for creativity, story telling, and consumer connection.

Omaha billboards are especially effective when they’re designed with the people of Omaha in mind. Consider the population, the demographics, and the costs involved with billboard advertising in Omaha in order to inform your billboard campaign design process.

The Best Factors for Installing a Home Security System