The Positive Effect of an Academic Degree on Casino Scores 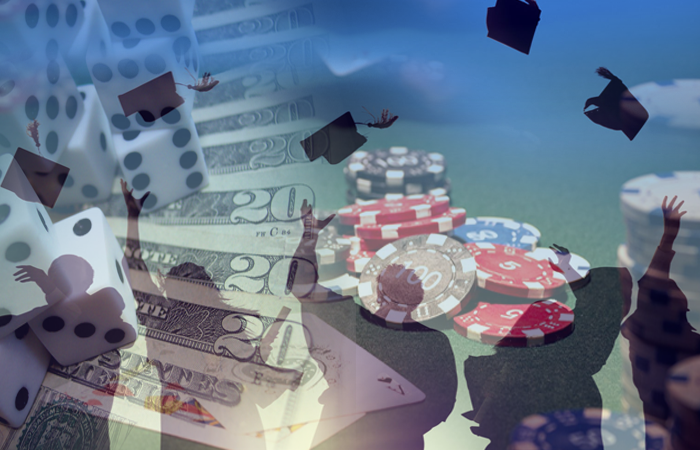 Doctors, lawyers, accountants and professors are all well represented in the gambling world. Trained mathematicians are often the ones to come up with the optimal strategies for games like poker and blackjack. You don’t need a degree to do well as a gambler, but it certainly doesn’t hurt either.

The diversity of people who play gambling games at casinos is one of the most entertaining elements. College dropouts and professors alike take their shots at casinos, whether they are physical or online casinos.

In 1953, Roger Baldwin had just earned his master’s degree in Mathematics when he was posted by the U.S. Army to Aberdeen. He started playing blackjack with fellow mathematicians Wilbert Cantey and James McDermott, as well as Herbert Maisel, a professor-to-be. The computations of the “Four Horsemen of Aberdeen” created an optimal strategy for every type of blackjack hand. In 2008, their contributions to the game were recognized by the Blackjack Hall of Fame.

Most blackjack players are familiar with the name Edward O Thorp. Believing in the importance of education, he earned a Ph.D. in Mathematics and then worked at the prestigious Massachusetts Institute of Technology (MIT) and various other universities as a math professor. His interest in the findings of the Four Horsemen led him into an exploration of blackjack strategies. In 1966, he published a book called “Beat the Dealer”. It was the first gambling book to end up on the New York Times Bestseller list.

Edwin Silberstang had a law degree but believed writing was his true calling. He stayed in Las Vegas for a year to do research for a book and was bitten by the gambling bug. He applied his educational background to compile strategy guides for recreational gamblers to improve their game. In his most popular book, “Winners Guide to Casino Gambling”, his conversational writing style and ability to teach meant he could present his strategies in a way players found easy to understand.

David Sklansky studied accounting and qualified as an actuary. Some may have thought he would be a finance manager or something like that, but while working as an actuary, he became disillusioned. His analytical abilities went into studying the game of poker. His book “The Theory of Poker” breaks down all possible situations to identify the most profitable play for Texas Hold’em and Seven Card Stud.

Stanford Wong and Ken Uston were two highly educated men who became successful gamblers. Stanford Wong played blackjack on the side while he was getting his Ph.D. He would stand at the table and identify when it was most favorable to join the game and win big. His style of play was so successful it was adopted by others and called “Wonging”. Ken Uston’s mother was not happy that her son graduated from Harvard and Yale and went on to become a blackjack player, but he became an extremely successful player.

Best SIP Trunk and business voip Providers in the UK

How To Create Happiness After A Divorce

How to Make Profit By Promoting Online Casinos...

Playing Poker Successfully As A Living