The Big Bang Theory is an Independent TV show and it’s 11th season has just ended(Sheldon and AMY are finally married. YAY!) . I thought to give a detailed analysis to the  readers why they should absolutely watch the 12th season as well as all the seasons they haven’t watched(yet).
The story starts with the 3 lead characters, namely  Sheldon Cooper, Leonard Hofstadter and  Penny. Leonard and Sheldon are physicist experimental and theoretical respectively and share an apartment while Penny,a waitress by profession, move in across the hallway. leonard and sheldon’s equally geeky friends Howard Wolowitz and Raj Kutropalli are introduced in the later episodes of the season where Howard is an Aerospace engineer while Raj is an Astrophysicist . In later seasons more characters are introduced of which Amy Farrah Fowler and Bernadett are the make characters. Other supporting characters like stuort, Lesley winkle , kripkey and Emiley sweeney have recurring roles. 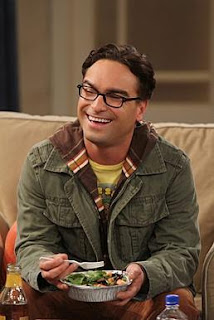 LEONARD – An experimental physicist by profession played by Johnny Galecki ( Instagram – @sanctionedjohnnygakecki ) . He is a nerd and has a keen interest in comics, video games and sci-fi TV Shows. ( YUP! including Star Trek ) . His mother is a neuroscientist and psychiatrist who is an author of many books as well of which  nurturing your children is a part of , ironically she hardly provided Leonard with any nurturing in his childhood. Leonard has quite a “STABLE” Love life.

he fell for Penny the moment she moved in,the entered a relationshit in season 1 and broke up in the second season. did th same in 3rd season when Leonard told Penny that he loves her.Leonard dated a lot of characters including an acquaintance lesley winkle and priya kutropalli (rajesh’s sister). 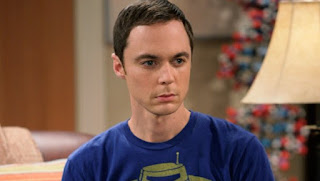 A theoretical physicst by profession played by Jim Parsons ( Instagram- @therealjinparsons ) has an eidetic memory and did his Phd. at the age of 16 and later did his ScD. He has an IQ of 187 , but faces problems in understanding others facial expressions as well as as them if their comment was intended as SARCASM. Sheldon has his way of living , he behave either childlike or inappropriate all the time. he dislikes physical contact and tend to sit on same spot on the couch and has a roommate agreement with Leonard in which he always tries to let his things work. He is in a relationship with Amy whom he proposes in the last episode of season 10 and tied the knot on the last episode of season 11(The Bow Tie Asymmetry). 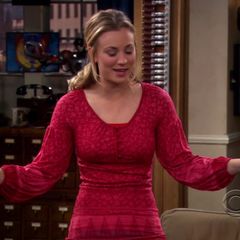 Kaley (Snap from Season 1 of The Big Bng Theory)

A waitress by profession and an aspiring actor who moved to LA to pursue her dream but did just 2 commercials in 4 years is played by kaley cucou ( Instagram- @normancook ) . she works in cheese cake factory . she has far more common sense than the rest of the friends atendsto have a lot of social awareness . penny is sort of an alcoholic and gives no damn to keep her place tidy and rely on sheldon and leonard for free food and wifi and sometimes paying her rent. she later gives on her dream to become an actoress and become a sales representative at some company which gives her financial stability . later she marries Leonard and is given a surname. 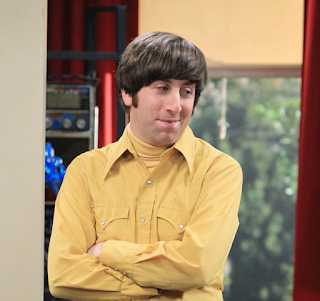 An Aerospace engineer from MIT who works for NASA and International Space Station is portrayed by Simon Helberg . he is a jew and lives with his mother and ia still treated like a child by hius mother , who does his laundry and make his food and does his room. he is equally nerdy and geeky and also has a keen interest in comics , super heroes and video games. he is considered a creep by penny as he tries to hit on every women and does not really suceed . But thanks to pact that he made with Leonard , leonard asks Penny to set Howard up with one of his friends. this is how Bernadett comes into picture with whom he gets into  relationship and later marries and even have a child in season 10 and second child in season 11. 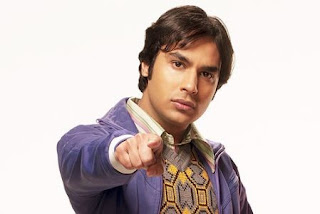 An Astrophysicist by profession and Indian by culture is portrayed by Kunal Nayyar (Instagram – @kunalkarmanayyar ) in The Big Bang Theory. He is from a wealthy background and works at Caltech . he is shy and is unable to talk to women until he is drunk or he thinks he is drunk. it is the seventh season that this thing stops.in season 6 he meets lucy , suffering from social anxiety disorder and starts a relationship. they break up when raj forces her to meet his friends . heart broken Raj talks to penny for first time when  he is sober. and eventually overcomes his anxiety to talk to women. 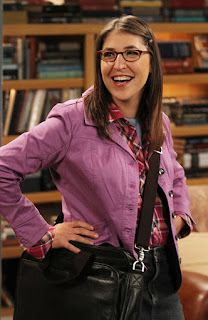 Mayim from the big bang theory

A neuroscientist by profession is portrayed by Mayim Bialik. ( Instagram- @missmayim) .
she was ,in the start, a nerd with no social life and on a deal with her mother that she will date atleast once a year. she met sheldon on an online dating website when Howard and Raj made Sheldon’s account on the website. They became friends due to their keen knowledge and both were socially awkward.
late Amy started to posess feelings for Sheldon, about which sheldon had no clue and also thought that love and and sexual desires are waste of time and thins for normal humans.
later when Stuart, the comic book owner , asked Amy out,Sheldon felt really jealous due to which he proposed Amy to be his girlfriend . she beacme bestfriend with Penny ( ATLEAST SHE THOUGHT IT TO BE TRUE) . She married Sheldon in Season 11 though. 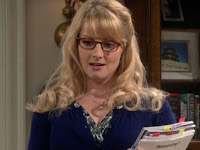 A microbiologist by profession portrayed by Melissa Rauch(instagram- @themelissarauch). she is catholic and a part time waitress at the cheese cake factory along with Penny who introduced her to Howard Wolowitz. she marries Howard in season 5 finale after he proposes her .She is blessed by a girl child named halley in season 10 and in season 11 by a baby boy.

During the show a lot of cameos have been done by TV show characters and some well known scientists as well.
the most important ones are as follows—–
At the end I strongly recommend you to watch the TV Series as it is a pack of highly intelligent science jokes, Sarcasm and Romance. and once you start watching it you will just not stop.

“cuz it all started with THE BIG BANG”

In the payment industry, credit and debit card processing is one of the most widely used payment methods all over...

How is the Low-budget Hemp Brand Promoted by Packaging?

5 Reasons Why a Beach Cruiser Is Great For Neighborhood Riding

In the payment industry, credit and debit card processing is one of the most widely used payment methods all over the globe. The processing of credit/debit card payments is carried out with electronic card machines. These machines are universal and...

Determining the cost of a service that you are going to hire is extremely essential because when you are making...

Interior Design Dubai is considered to be very reliable and flawless. The city of Dubai is a jewel on the...