Should State Colleges be Free? An important area of discussion

Earning a degree is an exciting experience, but since the tuition fees have risen a lot, not all can afford to follow their dreams. Many decide not to enroll in college, while those who opt to do it often end up with a huge student loan debt following them in some cases to their sunset years. 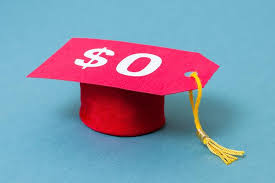 Meanwhile, no one can deny that decent education is one of the most important elements determining the future of our nation. Thus, we have to decide whether the current educational system works well or it requires some essential improvements, such as implementation of programs that would be absolutely free. Should State Colleges be free ? .What do you think ?. Let’s consider the advantages and disadvantages of free colleges.

Weighty Arguments in Favor of the Fee Elimination

Low-Income Families Would Get Access to a Decent Education

With no doubt, tuition-free academic institutions would make it possible for more young people to earn a degree. Nowadays, many talented young people don’t have a degree and thus a good job just because they cannot pay for that. We don’t mean paying for a term paper writing service, educational materials, or something like that, we are talking about tuition fees. High rates hinder them from achieving their educational and career goals. Many proponents are sure that every person should be able to get a bachelor’s degree just because without it there is no chance to get a well-paid job.

Today, most run into debt and thus cannot follow their passions freely. They may turn to the institution which cannot give them what they want but which is much cheaper than others. These financial issues can make them fail to succeed in future: those who have much debt are usually discouraged from starting their own business, reject to move to another location in search of a higher-paying job, and so forth. Free colleges can help to eliminate these problems contributing to the welfare of both, the population and the country.

We Would Greatly Benefit Socially and Economically from More Educated Citizens

The more young people could get a high-paying job, the more positive effects it would have on our economic climate on the whole. Supporters of free programs claim that this improvement would greatly boost the United State’s productivity as citizens could earn more. Except for economic benefits, there are also transfers in the society like helping the young generation to follow their dreams.

It Can Challenge a Stereotype Surrounding a Higher Education

Some give up on their goals not because they are poor but just because their mother and father did the same. Those whose moms and dads earned a bachelor’s degree have more chances to go to college than those whose don’t. This is mainly because their family expects them to end up with a graduate diploma. This stereotype can be challenged by free colleges so that everybody can earn a degree, no matter what kind of education his or her parents have or don’t have.

Many argue that changing the system may require a lot of funds, both state and federal ones. Since most states are running out of their higher ed budgets, there is a good question concerning the way how this money will be raised. The implementation of the changes is likely to give rise to taxes and thus many taxpayers cannot put up with this idea.

Eliminating the fees means subsidizing high-income students. Those who could pay for their degree would rather choose to make use of a free program. As a result, the country with its taxpayers will subsidize the riches. Some opponents claim that it would be more appropriate if there were free ed programs accessible only for low-income and poor applicants.

Some critics state that it doesn’t make sense for the country to subsidize the degrees in majors which don’t help to get a well-paid job. It makes sense to support STEM programs to train more scientists, mathematicians, engineers, and technologists but not actors, artists and musicians.

Elimination of the fees might result in an increased number of graduates which would compete for few workplaces. This might lead to a decrease in the value of bachelor’s degrees.

In conclusion, there are many of those struggling with much debt as well as those who don’t want any changes to lead to higher tax rates. No matter what is your current situation, it is vital to weigh all the pros and cons to find your position and answer the concerning question. However, it is important to remember that only a well-educated young generation can create a good and promising future for our country and the next generations.

Specify a Disqus shortname at Social Comments options page in admin panel
May 7, 2021 0

When someone asks you about your dream vehicle, there’s a fair chance that your answer will involve certain brands such...

The story of the army’s parachute landing

When someone asks you about your dream vehicle, there’s a fair chance that your answer will involve certain brands such as BMW, Mercedes-Benz, Volkswagen, etc. But do you know what’s common in all the listed brands? It’s the fact that...

Parenthood is a magical and fulfilling experience. It is an exciting milestone that many people can’t wait to achieve. Of...

We are all aware of the fact that everything is always a paid version of the untied version. The Gmail...