Secrets of Warcraft – you definitely didn’t notice it 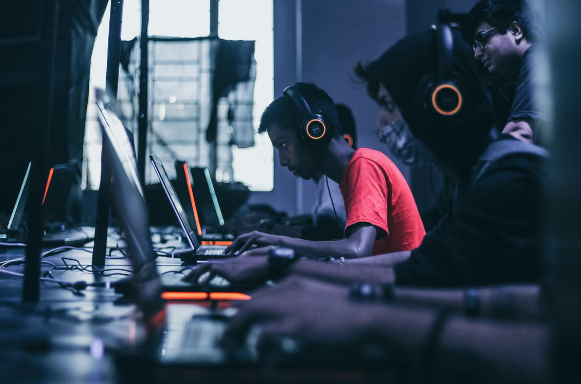 World of Warcraft is familiar not only to fans and players of the universe, but also to almost every person who has access to the Internet. The legendary game has a huge history of existence. Over the years, the game has evolved, changed, expanded, and optimized. The fan base is made up of people of different ages, some have been in the game since its inception, and some have only recently joined. No matter how much you play Warcraft, we assure you, the game will have something to surprise you with. Let’s get acquainted with the secrets of the world of Warcraft!

Have you noticed that the sign of one of the Dalaran buildings is marked with a tiny figurine of a raven? This building houses the entrance to the Rogue Class Hall. If you’re playing a rogue and constantly forgetting where to run,

look for a sign with a figurine. This sign will take you where you need to go! Remember the life hack, it will definitely come in handy!

If you have ever been at the entrance to the Scholomance, you have probably paid attention to the city of Caer Darrow surrounding the dungeon. Few people know that Caer Darrow is a whole city of ghosts. And it is unknown because it is no longer possible to get into this city. Earlier in the game there was a quest with a reward in the form of a special accessory, wearing which you could see ghosts and talk to them – purchasing accessories and wow gold allows players to unlock new opportunities and move on!

Have you ever seen the sea in the mountains? There is a large mountain range in the Arathi Highlands, southeast of Hammerfall. If you rise above the ridge on a flying mount, you can see a large plain covered with grass, and the map will indicate that you are not on a mountain peak, but in the Forbidden Sea. Prior to the Cataclysm, when Kalimdor and the Eastern Kingdoms were not flyable, almost all mountain peaks were untextured.

Have you heard that the Draenei and Blood Elf starting zones are located on the map of Outland? If not for fatigue, we could have reached these locations in a flying vehicle. The Eversong Woods and Azuremyst Isle differ from other locations in that they cannot be flown. There aren’t many places like this left in the world of WoW!

According to history, the starting locations of the draenei and blood elves are in Azeroth, but in fact there are teleporters that transport anyone who enters there to Outland. There is a certain logic in this, since both races and their corresponding locations appeared in the Burning Crusade expansion, but for some reason the starting location of the death knights is not in Northrend…

In the alpha version of WoW, a model of Naxxramas hung over Stratholme without textures. In those days, the entrances to the raid dungeons were in regular dungeons. For example, to get to the Molten Core, one had to go through Blackrock Depths, so Naxxramas over Stratholme is not surprising.

However, later Naxxramas was moved so that the entrance to it was outside of Stratholme, and then completely dragged to Northrend. However, the interesting thing is that if you go to Stratholme and raise your head up, you can still see the same model without textures. It is impossible to fly into Stratholme from the outside by conventional means, because it is surrounded by an invisible wall.

There is a small island in the Krasarang Wilds of Pandaria that has no NPCs or quests. But there are signs with red frogs depicted on them. If you look around, frogs on this island are found at every turn, and these are not fighting pets. Players who have been to this place call it Frog Island. There are few such players, since they are not sent to the island in the process of completing quests and achievements. It can only be found if you are interested in the world, and you wander through different nooks and crannies, looking around.

On the Isle of Thunder, in one of the corners of the Palace of the Lord of Thunder, there is … a wall worm. You can get to it by jumping on the nearest tree. If you approach the worm and turn to it, an interesting dialogue will occur.

Admit it, did you learn something new for yourself? Today we slightly opened the veil of mystery and traveled in the World of Warcraft. A lot of new and interesting things are waiting for us in this legendary game, so don’t stop playing, being interested and sharing

How to Get More Organic Traffic For Your...

Should You Take the CompTIA A+ Certification Course...

Aircon Installation Guide: The Essential Steps for A...

Is it a wise investment to buy a...

How to determine the best shipping rate for...