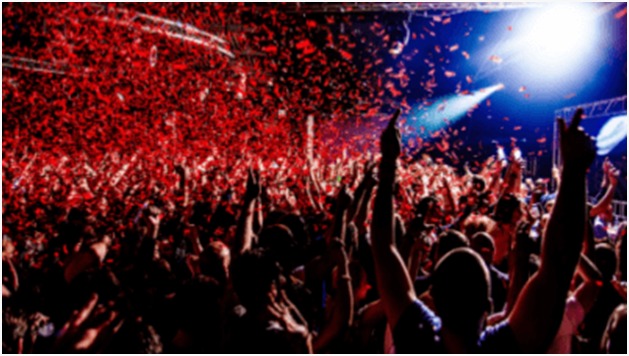 Come one, come all! In celebration of RuneScape hitting 300 million total RS3 accounts, Jagex is holding an event dubbed the “300M Account Party.” The 300M Account Party is being thrown in commemoration of passing a milestone that most MMORPGs could only dream of. If you want to know more about the specifics, you can head over to Jagex’s latest blog post, but the whole shindig is hosted by none other than Party Pete. That’s right—the man known for being present in most of RuneScape’s social events. But now, the 300M Account Party isn’t just for folks in the Falador Party Room—the celebration is taking place all across Gielinor. The best part? You can earn RuneScape gold for the entire duration of the event!

Let’s Get This Party Started

You’ll need to meet with Party Pete at the Varrock Grand Exchange to participate in this event. From there, talk to him to receive your free 300M Keepsake Glasses. Pete will then explain that he needs your assistance after going overboard by trying to run a Gielinor-wide party. He states that he “horribly miscalculated,” resulting in all the balloons getting popped, leaving fragments of it all over. You guessed it—he needs your help to collect the scattered Balloon Fragments. Get ready to put some elbow grease because you’ve got work. At the very least, you can use yourRuneScape gold perth to hasten the progress.

How to Collect the Balloon Fragments

To complete Party Pete’s request, you’ll need to collect tons of Balloon Fragments. Thankfully, finding them is easy—you can get them by simply playing the game. Whenever you’re earning XP, you’ll also get Balloon Fragments. If that wasn’t enough, you can also get them by using Treasure Hunter keys. For every 200 Fragments you return to Pete, he’ll reward you with a special balloon filled with RuneScape items ranging from exclusive event cosmetics to RS3 Gold.

The Different Rarities of the Special Balloons

Depending on the balloon color you’ll get from Party Pete, you’ll get all sorts of things ranging from unique titles, in-game currency, XP lamps, and more. The color of the special balloon he’ll give you depends on the rewards you’ll get. White balloons consist of common rewards, Blue means it’s filled with uncommon RuneScape items, and Purple balloons mostly yield rare items. If you’re extra lucky, you can even score yourself a Gold Balloon. These Gold Balloons feature a guaranteed token for one of RuneScape’s Platinum Armor cosmetic sets, and there’s also a chance for you to get 300M RS gold.

Collectibles and Rewards to Expect

It’s not a party if everyone doesn’t get a goodie back on their way home! Party Pete has whipped up a selection ofRuneScape items and currencies to put into the balloons you’ll receive from him after collecting Balloon Fragments. Here’s what you can find that’s “new” to the 300M Account Party event:

And that’s not all; Party Pete also packed the balloon with other goodies—some of which include past cosmetics! Here’s the older stuff you can find:

Some items listed here aren’t available for Ironman Players, like Silverhawk Down, Tight Springs, Bonus XP Stars, and the 25k to 5M GP. At the very least, they’ll have access to also buy some of the cosmetics (Conga Dance Token and Party Fever Token) on the Grand Exchange (GE).

Join the Party Before It’s Over

The party may be huge, but it won’t go on forever. Players have until September 4 to give Balloon Fragments to Party Pete. It’s not much of a party, but considering that you can get all this free stuff (andRuneScape gold) by playing the game, it’s not a bad deal for your time. Plus, there’s also that Double XP Event which will go live on August 22; that should jumpstart your motivation to collect Balloon Fragments while leveling up your skills.

How to Upgrade Pets in Lost Ark’s Pet Ranch

Which Type of Loft Insulation Is the Most Effective?