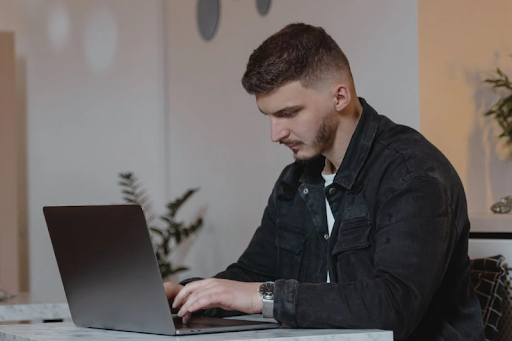 The term “quiet quitting” has ballooned into quite a hot topic of debate on social media in the middle of this year. It was first coined by a TikTok user @zkchillin: “You’re not outright quitting your job but you’re quitting the idea of going above and beyond. You’re still performing your duties but you’re no longer subscribing to the hustle culture mentality.” Subsequently, the video has gone rival with over 3.3 million views while #QuietQuitting has become a trending hashtag with more than 81 million views from other TikTokers adding their thoughts on the concept. Some believe it to be an emotional response that can negatively affect one’s professional advancement. Others, especially young workers, view it as a way to keep balanced mental health without letting your job take over your life.

What does “quiet quitting” mean, really?

People might get confused quiet quitting with leaving the job altogether. But it is not. For most individuals, it is understood as performing only the bare minimum and not going above and beyond the job description. In practice, quiet quitting takes on various forms like saying no to extra tasks that are not part of your job scope or you do not feel interested in, leaving the office on time, staying out of extracurriculars, or rejecting to answer messages after work.

Excuse for slackness or work-life balance

In many businesses, a workforce eager to go above and beyond the duty is their significant competitive advantage. Because most occupations cannot be fully described in a formal job description or contract, businesses rely on employee devotion to fulfill additional demands and go further. As a result, many leaders have responded negatively to this trend.

Kevin O’Leary from ABC’s Shark Tank said: “Quiet quitting is a really bad idea. If you’re a quiet quitter, you’re a loser.” In a video on CNBC, he also mentioned: “You’re hired at a company to make the business work, and you should go above and beyond.” Supporters of this perspective sharing this video are mainly from the employer side. Some of them call a quiet quitter lazy worker who cannot get far in their career and lose out on salary raises. Also, this way of exiting is a threat for organizations to spiral down.

However, employees who have been the most vocal in millions-of-comments TikTok posts do not see it that way. On the other side of the fence, they claim that they are still fulfilling the scope they are hired to do – nothing more, nothing less. And it is unreasonable to impose the idea of just doing your job is quitting. Regardless of whether they are getting paid to over-function, setting clear boundaries at work is a sense of balance.

In the Singapore context, this might come from mainly Millennials and Gen Z-ers who show a different attitude toward work. Characteristically, most of Baby Boomers were hard working to pursue the Singaporean dream of a family and the 5 notorious Cs: Car, Condo, Country Club, Cash, and Credit Card. These young generations, on the other hand, crave purpose, achievement, and recognition in the workplace. No longer driven by the need of settling down for a family, many are opting to prioritize their own happiness first.

Known as the most overworked country in the Asia Pacific region, it is not surprising that quiet quitting has been seen somewhere among employees based in Singapore. Mercer’s 2022 Global Talent Trends Study revealed that 85% of Singapore-based employees felt at risk of burnout and 1 in 5 already admitted feeling de-energized at work – which is nearly double the Asia average and 6% higher than the global average.

Consequently, individuals who experience heavy workloads tend to draw the line of work-life as a way to deal with burnout and help themselves alleviate stress.

The significant change in the work model since the pandemic years also adds fuel to the quiet quitting popularity. Because employees shifted to remote work, which blurred the line between working hours and rest, they felt more stressed even at home. It was familiar that you kept your laptop open and answered a few extra emails while cooking dinner, perhaps. At the same time, remote working led to less engagement, which signaled a growing disconnect between staff and their managers. In response, quiet quitting definitely had a moment and has prolonged until post-pandemic among young people who have suffered through the worst of these hard times.

Rather than let quiet quitting be a personal choice, employers should be aware that it is also a loss for them on the bottom line in the long run. It is essential for managers to maintain regular individual communications with your underlings to understand their needs. Thereafter, reevaluate the company culture and make necessary adjustments to create an environment where they can truly be at their best.

For employees, it would probably be more helpful to speak up whenever you have an issue instead of silent resistance. At the same time, ask yourself what makes you happy at work and understand your feelings, avoid following any trends even if it is not associated with your circumstances.