Kamehameha Your Way to Fortnite With the Dragon Ball Event 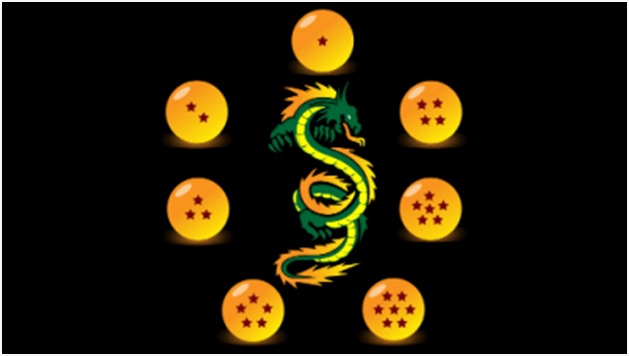 You can do a Kamehameha in Fortnite now.

Fortnite has always been about mixing and matching different planes of realities. We first saw this when Epic added the Marvel Cinematic Universe, and now we’ve got anime worlds like Naruto and, more recently, Dragon Ball.

On August 16, Epic Games officially unveiled the Dragonball crossover event. A detailed blog post, a short trailer, and a gameplay video confirmed that we’d be seeing the likes of Son Goku, Bulma, Vegeta, and the destroyer Beerus in Fortnite as skins. All four skins will be available for purchase in the Fortnite Item Shop. Also, Epic brings in a whole host of activities—inside and outside of the battle royale.

For starters, the Goku and Vegeta skins from theFortnite Item Shop come with three alt styles and built-in emotes of the Saiyans charging up. Bulma, on the other hand, comes automatically with a Lab Coat alt style. Beerus got the short end of the stick in the alt department, but he’s cool as is anyway.

Gameplay-wise, a new “Power Unleashed!” tab was added to Fortnite, along with quests and rewards players can complete with their Fortnite account. By completing quests, you can raise your power level and receive Dragon Balls, as well as emotes, battle pass levels, sprays, and back blings. If you push through and complete all of the available quests in the event, you’ll get a Shenron Glider for your efforts. The Shenron Glider is based on the wish dragon that Goku and his friends summon after collecting all of the Dragon Balls.

Additionally, Dragonball-themed items will drop onto the map as the storm closes. You have the famous Kamehame item that allows you to unleash a powerful energy beam on your foes. Then there’s the Nimbus Cloud, which lets you quickly fly around the island.

If you find yourself rich with Bars, you have the option to head over to the Kame house, which is situated on a small island off the mainland; you can chat with her there and exchange your Bars for powerful items.

Finally, Bounty Boards around the island are replaced with Versus Boards within the battle royale—at least until the Dragon Ball event ends. If you interact with these boards alongside other opponents around the island, the Bounty Board will reveal you and that other person on each other’s maps, and you’ll have five minutes to find each other. You aim to defeat the person you’ve synced up with and claim victory.

Have A Chill Time On Adventure Island

If you’re not about the gunfights and Kamehameha-ing your way to victory, you can visit Adventure Island and relax for a while. The island is a unique location completely separate from the main battle royale that we know, and it’s filled with places that are straight from the Dragon Ball lore. While many might ignore Adventure Island since it’s a variation of Fortnite’s creative mode, trust us when we say there’s still fun to be had.

Pick a game mode from Fortnite’s main screen to enter Adventure Island. The screen lets you pick everything from vanilla battle royale to zero-build gameplay modes, but you can simply scroll down until you find it. Another way to visit Adventure Island is to jump straight into the Adventure Island selection and input the following creator code:

Thankfully, the game mode should be relatively easy to find since it literally has Goku posing.

Adventure Island is More Than Just A Tour

At its core, Adventure Island can be seen as a celebration of all things Dragon Ball. The place is littered with references and locations from Akira Toriyama’s golden child—all recreated in Fortnite’s in-game engine. But Adventure Island is more than just a sightseeing tour; the “island” is actually divided into five distinct areas. Each area is themed after the locales you see in the Dragon Ball franchise and can be accessed using the Capsule Corp ship.

You’ve got The Room of Spirit and Time (also known as the Hyperbolic Time Chamber), Goku’s House, Beerus’ Planet, the Capsule Corp Building, and Kami’s Lookout. As you explore your surroundings and take in the sights, you can also complete missions to earn Dragon Balls and collect capsules for XP. For example, on Beerus’ Planet, you can smash some rocks to earn a prize. At Goku’s House, you can collect some peppers, fish, and mushrooms to craft three recipes and get a Dragon Ball. Once you have all seven Dragon Balls, the game will instantly whisk you away to summon Shenron, where you can make a wish that can leave you draped in blue or yellow flames.

Besides that, there’s still a lot to do on Adventure Island. You have the resort hub area where you can get into some PvP action with other players through the martial arts tournament arena. There’s even a Super Episode Festival Island where you can go to stream episodes of Dragon Ball Super for free! Note that the episodes streamed are only 9, 10, 11, 13, 81, and 98.

Duration of the Dragon Ball Event

The Dragon Ball crossover event will only be available for players with a Fortnite account until August 30, so if you haven’t tried doing a Kamehameha to down an opponent, we highly urge you to try it at least once. For Adventure Island fans, you have until September 17 to regularly visit and complete all of the missions available there.

Everything You Need to Know About the Giant’s Foundry