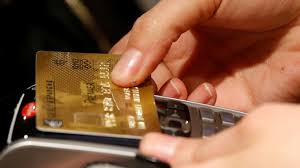 Shetab is the national electronic banking payment system of the State of Iran. It was established in 2002 and its main purpose is to serve the country’s banking system, in particular ATMs, POS-terminals and other card-based operations. At the initial stage, only three banks of the country joined this system, but gradually Shetab managed to become the leading economic locomotive of Iran, the standards of which all banks of the state are obliged to adhere to.

According to the Iranian website of payment systems online https://pay98.cash/ as of December 2017, the Shetab system had more than 54,000 ATMs, and in 2022 this figure is close to 60,000. One of the main factors that contributed to the development of its own payment system is the fact that iran has been under tough sanctions for the past few decades. In particular, we are talking about the periods from 1979 to 1995. and from 2006 to 2013 The world sanctions policy against the country led to a sharp decline in the Iranian economy, as relations with many world states were interrupted. In turn, the emergence of its own payment system made it possible to establish cooperation with different countries and thereby reduce the negative effect of sanctions, in particular in the field of tourism, export and import of products, as well as other sectors of the economy. Iran has become the fourth country in the world to develop and implement its own payment system. As a result, many experts agree that thanks to Shetab, Iran to a certain extent managed to gain economic independence.

With which countries does the Shetab banking system work?

The Shetab payment system successfully operates not only in the domestic market, but also gradually conquers the financial markets of other countries. For example, back in March 2005, a long-term agreement was signed between the Central Bank of Iran and the Benefit ATM network, which is located in Bahrain, which is still in force, bringing dividends to both countries. A similar agreement was signed with the United Arab Emirates. Since October 2005, close cooperation has been carried out between the Iranian and Chinese banking systems, which has made it possible to increase trade turnover between the countries tenfold. In 2006, Shetab signed an agreement with the ATM network of Qatar, and two years later this banking system entered the markets of Bahrain, Qatar and Kuwait.

It was thanks to the installation of Shetab in Kuwait and Armenia that Iran was able to achieve a reduction in sanctions pressure. Cooperation with Turkey deserves special attention, since it is thanks to the Iranian payment system that there has been a noticeable improvement in trade relations and now the trade turnover between Tehran and Ankara is estimated at tens of millions of dollars and in the short term these figures will only grow.

At the end of May 2022, fundamental agreements were reached between Russia and Iran, the essence of which is to achieve the maximum level of mutual settlements in national currencies. In addition, a possible merger of the Shetab and Mir payment systems is being discussed. The countries are interested in cooperation in many areas, for example, oil and gas, nuclear energy, etc. In addition, mutual recognition of payment systems can become an impetus for the development of tourism. In Iran, this sphere is not yet particularly developed, but at the same time there are excellent beaches and noteworthy ski resorts in the country.

Many analysts are confident that after the unification of the Russian and Iranian payment systems, there will be an intensification of the supply of Iranian agricultural products to the Russian markets, as well as textiles, food and other consumer goods. According to official data, the trade turnover between Russia and Iran in 2021 amounted to about $ 4 billion, but in the light of existing agreements, this figure may increase markedly.

Thus, it is safe to say that the Shetab payment system is developing rapidly, conquering new markets and thereby contributing to the development of the Iranian economy.

4 Ways to Be More Productive at Work

The Importance of Sales Training: How to Improve Your Bottom Line

How Does Pay Day Loan Help Our Society?

What Everyone Ought To Know About Investing Fundamentals?

How Can you Measure your Ring Size accurately?

What do you need to know about advance...

5 Ways to Deal With a Financial Emergency

What do you mean by accounts payable?

A Quick Guide for You to Become a...

5 Crucial Features to Consider Before Investing in...