How to Style Your Techwear in 2022 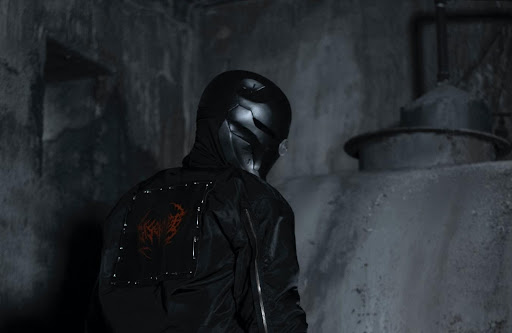 Fashion like most industries has evolved to a point where practicality and function are the trends in demand. The global rise in conscious lifestyle which translates into a desire for relaxed, comfortable, futuristic, practical yet stylish fashion has made techwear and its related aesthetic go mainstream. This genre of fashion combines technology, utility, and comfort by using synthetic fabrics and anatomical designs to produce pieces that have properties like breathability, water resistance, stretch, ease of movement, odor resistance, and abrasion resistance.

The versatility of techwear gives it a rather wide range of applications. These include classic-casual, streetwear, athleisure, outdoor activity (hiking) gear, and even workwear if you count Jason Statham and Dwayne Wade rocking hard techwear fits in the movie Hobbs and Shaw. Pop stars, designers, models, influencers, and techwear enthusiasts have triggered a cult-like interest in this brooding, military-inspired, cyberpunk-like, ninja-esque aesthetic. So, if you are obsessed, you are not alone.

Urban techwear is a misnomer when we talk about techwear designed for the city. But in reality, Urban Techwear is just one category of the Techwear style of which all (or almost all) categories are intended to be worn in urban areas.

It’s one of the best trend in the streetwear industries, you can look for techwear outfits on the store at this link.

The Techwear aesthetic is strongly influenced by futuristic art styles such as cyberpunk (seen in Blade Runner or Ghost in the Shell). Some of the most popular techwear trends are listed below.

The whole techwear aesthetic revolves around smartly constructed jackets (Hoodies or Windbreakers) that are detailed to the core and built to withstand a range of temperatures. They come in many lengths and sizes with some being loose and baggy shaped or moderately fitting, but never fully form-fitting. Jackets and Hoodies are considered outerwear and more people favor them than other techwear pieces.

The most common feature of techwear pants is the extra and deep pockets. Do pants even qualify as techwear if the pockets don’t have pockets? They are also designed to accommodate human movement without creasing the material. Dropped-crotch designs are also popular in this genre.

Think avant-garde and futuristic designs that offer technical functionalities like lightweight, water resistance, breathability, and can be worn all year round.

Wearing the Bags and Accessories

Techwear bags are designed to have a large carrying capacity so they have never-ending compartments. Sometimes, bags are made attachable to pants or jackets. Accessories make outfits in this genre more appealing. Some include face masks, straps and buckles, harnesses, hats, chains, and more.

Techwear Style Tips You Should Try

The best styling tips for techwear this year are listed below.

Whether you are going for the classic techwear military look, gothic-streetwear look or you want to recreate a cosplay look, layering the right pieces makes all the difference. A fleece jacket worn over a T-shirt and cargo pants will not make the same statement as a hardshell jacket.

Oversized, baggy, or loose jackets on oversized pants may result in a shapeless silhouette which may appeal to a few but is not always ideal. Mixing proportions will produce a more organized look.

Face masks have the power to uplift a techwear look from basic to mysterious. Straps and harnesses can also be used to shape a jacket or coat the form you want.

Whether you are recreating your favorite Anime characters or following a social media trend, add your twist and stay original to your style. Techwear colors are predominantly dark, but you can add a few colors to your outfit to make you stand out.

That’s it, you are now familiar with Techwear. You know the different styles that make up this fashion, but also their inspirations.

You are able to create your own outfit, whether it is completely or partially in this cyber style that is making more and more noise.

Tips To Buy Streetwear for Girls

How long does it take to create backlinks for your website?

Some Best Colorful Wigs to Try this Summer

What to Know When Buying Fashion Jewellery Online

Why are leggings popular?