How is electricity generated in Australia? 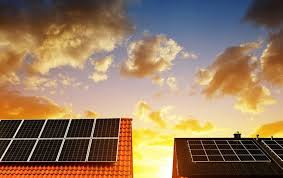 Australia is a country that relies heavily on locally sourced energy, especially energy derived from coal, as it’s mined in large abundance. But with advances in technology and funding, the country has seen an upshoot in renewable energy. With these pushes for more renewable solutions, you may find the results to be surprising.

Non-renewable is Australia’s largest source of energy providing 67.5% of the electricity across the country [1].

Coal is also Australia’s leading source of power, with around 59% of all Australian electricity being generated from coal. The largest coal deposits are found in Queensland and New South Wales. Coal is also our largest commodity export, with more than $40 billion dollars worth being exported to Europe, Japan and India.

Gas is another significant resource, and Australia is one of the leading suppliers to the world. It’s used in homes for such applications as heating and cooking. Gas accounts for around 7% of energy usage.

Oil is a very important part of the Australian economy and automotive industry, yet contributes to only around 1-2% of energy produced in the country. Unfortunately due to a sequence of events, from COVID to the war in Ukraine, prices have sky-rocketed. So it’s important for Australia to look ahead at renewable energy solutions.

There has been a 5% growth from 2020 to 2021, and it’s growing even higher in 2022. There have been major projects throughout Australia that have seen the installation of more renewable sources, including wind farms, solar farms, and advances in technology in all different areas of renewable energy.

The leading clean energy source, wind accounts for 35.9% of Australia’s renewable energy generation and 11.7% total energy generation. In 2021 Australia saw the installation of its largest and third-largest wind farms, with efforts to construct more wind farms across the country in the future.

Wind farms do have a slight side effect though, and that’s the impact they have on the wildlife. The flying kind that is, specifically wedge-tail eagles. There is an Australian lead design called IdentiFlight, meant to prevent collision with birds, specifically targeting wedge-tail eagles as they are high-flying birds. The turbines have sensors that detect birds, such as the wedge-tail eagle, and shut down to let the bird fly past without being in danger of hitting a blade.

Hydro has had a 10% increase in energy generation since 2020 accounting for 21% of renewable energy and 7% in total energy production. Hydro is an important part of clean electricity production, and Australia relied heavily on it as an energy resource. A testament to how useful it is, was shown by a coal fire plant explosion in 2021 at Callide Power Station in Queensland, which resulted in a blackout in Queensland. To make up for the lost power, Wivenhoe hydro facility increased its output to make up for a large amount of the demand and repower the majority of the network. Without the help of hydroelectric power, Queensland would have been struggling for longer without power.

Australia’s fastest-growing clean energy source, last year alone we installed 30 large-scale batteries which store power for future use. An additional 40,415 small-scale batteries were installed the same year. These figures show an almost double increase from the 23,796 batteries installed in 2020. A total of 389,577 solar rooftops were installed in 2021, breaking Australia’s record for the second time in a row. Solar power is continuing to prove its usefulness as a renewable energy source, generating 8% of total energy generation and 24.9% of renewable energy.

Bioenergy is a fast-developing field that could see a rise of up to 40% of Australia’s total energy production by 2050, currently generating 4.3% percent of renewable energy and 1.4% total energy. Despite being such a massive claim, it is achievable.

Bioenergy is a renewable energy source that uses plant-based materials to generate electricity.  Biogases are stored, converted to biomethane, and used in place of natural and non-renewable natural gases. Traction is picking up on the benefits of bioenergy and large companies are taking it on board such as Qantas, which has been purchasing bioenergy as a sustainable fuel type for flying.

The Best Canvas for Oil Paintings

Payday Advances And The Issues That Include Them

How To Write Essay Cover Letters That Sell!