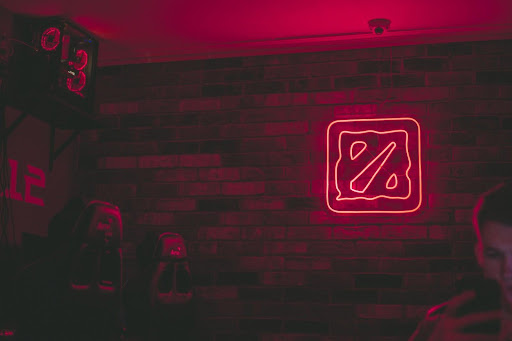 There’s a good chance that all of you are familiar with “sports betting”. It simply refers to betting on the outcomes of traditional sports. However, Esports betting as a paradigm is not as well-known as regular sports betting.

That’s why we’ve decided to step up. It is the DailyJunkies guide to Esports betting for beginners. Not only that, but we had an expert craft the perfect list of Esports gambling sites for you. You can discover more about that after you’re done with this guide.

The term Esports also has “sports” in it. So, it’s normal for someone unfamiliar with the activity to think of it as a unique variant of sports. While that’s somewhat true, the “e” stands for electronic. So, the term refers to electronic sports.

The definition of Esports says that these are multiplayer video games gamers play competitively. And the goal is to draw spectators. In a sense, traditional sports like football, hockey, or basketball do. So, it makes all the sense to bet on Esports just like you do with conventional sports. If you want more information about esports betting, check this site: csgobet.click.

A DailyJunkiles Take on the Best Games for Esports Betting

“Esports” on its own is a broad term. It can mean a lot of things when we say betting on Esports. Spoiler alert, you may know these titles and may even have played some of them on your own computer! You need to understand what games go under the betting umbrella.

Almost all the internet guides concerning Esports will start with Counter-Strike: Global Offensive. Popularly known as CS: GO, the game was launched in 2012 as the fourth installment in the famous Counter-Strike series. The developer, Valve, has always been known for its efforts to create immersive multiplayer games.

Being one of the oldest competitive titles in circulation, CSGO has plenty of world-famous teams that play in various tournaments throughout the year. The game currently offers 9 different modes to choose from. “Competitive” is the mode that captures the true legacy of the Esports title, which is what most bettors also target.

These teams are Sprout, Vitality, Astrails, Onyx, Imperial, 00Nation, Tyloo, River Plate, TBD, and so on.

On paper, League of Legends is even older than CS: GO. And rightfully so, it’s an excellent option for betting. The game is often referred to as League or LOL among players. Riot Games developed this title, and it’s a modern rendition of the famous title Defense of the Ancients.

Unlike CS: GO, League of Legends is a multiplayer online battle arena (MOBA). CS: GO, on the other hand, was a first-person shooter.

The League of Legends World Championship has been the biggest tournament for this title since 2011. None other than Riot Games is the sponsor. The winning team takes a whopping $1,000,000 prize money home, one of the highest across all esports tournaments.

As for the teams, punters put their trust the most in Weibo Gaming, Taipei Assassins, Edward Gaming, T1, G2 Esports, and so on.

If you know nothing about Esports, chances are you know about Dota 2. You may have heard of it from friends, colleagues, or someone else at some point in your life. Dota 2 is a legendary Esports title, ruling over all the others since 2013. Designed by IceFrong and developed by Valve, Dota 2 betting in one of the best ways to kill some free time.

It is also a MOBA title, meaning you have roles assigned to all the players, and you will stick to the objectives. The crazy fantasy theme is one of the main reasons behind this game’s insane popularity.

The biggest tournaments for Dota 2 include The International, DPC EEU Tourn, CPE Himagsikan, Winline Dota 2 Championship League, Gamers Without Borders, Lidoma Series, and so on. The International is what most punters have their eyes on because it’s currently the biggest single-game tournament with the largest prize pool in the world.

Different teams are good at various tournaments in this game, so you have a lot of room to experience throughout the year. The popular teams you can bet on right now include PSG.LGD Gaming, Team Spirit, OG, Team Liquid, Invictus Gaming, Vici Gaming, Evil Geniuses, Natus Vincere, T1, and many others.

The markets for Esports are a little different than regular sports. In sports betting, you put your money on the market. It’s an individual outcome of an event. How do you ask? Let’s find out.

In every Esports game, there’s some aspect of killing. The players try to kill their opponents with modern weapons or ancient spells. Whatever the case is, who gets the first kill is a trendy market in Esports betting.

Most Esports games have multiple maps integrated into them. And a team wins the match completely when they win all or at least most of the maps. As a result, “map winner” has become a prevalent option for betting.

If you play competitive video games from time to time, you might know that a win is only credited after winning most of the rounds. Now, which team wins each round is a betting market. If the game can have 5 rounds, you should get individual odds for each of those rounds.

K/D ratio is the ratio of how many kills a player has scored versus how many times they have died. The K/D ratio is something gamers gloat about all the time. So, it’s only obvious that punters take it seriously too. As a result, you can find many markets relating to the K/D ratio on online betting sites.

Final Tips Before We Wrap Up

We’ve covered the most popular games as well as the most popular markets you can find when Esports betting. Now, we have to say bye. But before that, we want to share a few final tips with you.

What Makes Australian Gin So Special?

Shows Right Luxury Office Furniture for Your Business in Dubai