Electronic Engineering Transformation in the History 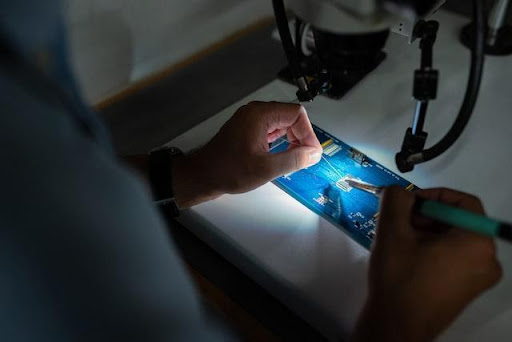 Programs that educate and train people in electronic engineering are crucial if we make the most of technological advances in this area and push the state of electronic technology forward.

The introduction of electronic design

You must be interested to know more about electronic design and engineering background in the last decades.

Before this, universities had no dedicated departments for electronics or closely related fields like radio and telecommunications; instead, students had to study within the electrical engineering programs.

Electronic engineering is most closely related to electrical engineering. The parallels between the two fields in content (except for mathematics and electromagnetism) only continue until the first year of the three-year program.

Nikola Tesla gave the first public demonstration of radio transmission in 1893. He gave presentations on radio communication at the Franklin Institute in Philadelphia and the National Electric Light Association.

After this breakthrough in 1896, Guglielmo Marconi created a radio system that would become extensively utilized. The diode, the first radio tube, was designed by John Ambrose Fleming, the first electronic engineering professor at University College London, in 1904. The triode amplifier tube was invented separately by Robert von Lieben and Lee De Forest the following year, in 1906.

The development of the vacuum tube by Lee De Forest in 1907 is often regarded as the beginning of modern electronics. In less than a decade, his inventions became widespread in everything from radio equipment to long-distance phone systems.

The vacuum tube was the standard amplifier until the transistor was developed in 1947 by scientists working under William Shockley at Bell Labs. Transistors allowed for more powerful mainframe computers to be developed in the years that followed their invention. They also enabled the development of small portable radios known as transistor radios. Transistors replaced vacuum tubes because they were more compact and could operate at lower voltages.

During the years between the wars, radio and, to a lesser extent, telephone and telegraph communications captivated people all over the world, making them particularly interested in the field of electronics. People then called any electronic device a “wireless” or “radio.” After the radio, civilian uses of electronics were limited until the emergence of television. It wasn’t until the 1960s that the field became an option for college majors.

Before World War II, “radio engineering” was a catchall term for studying communications, RADAR, commercial radio, and early television. Universities only allowed radio engineering courses as electives inside physics majors at the time.

In the decades following World War II, the discipline expanded to incorporate contemporary television, audio systems, Hi-Fi, and, more recently, computers and microprocessors. Electronic engineering emerged as a distinct field of study within universities in the mid to late 1950s, replacing the older term of “radio engineering,” which was sometimes taught alongside electrical engineering due to their similarities.

Before the integrated circuit was invented in 1959, electronic circuits were built out of separate components that required manual adjustments. These non-integrated circuits still see widespread use in simple applications, despite their high power and space requirements, high failure rates, and low processing speeds. However, integrated circuits could fit millions of tiny electrical components, mostly transistors, onto a chip about the size of a coin. 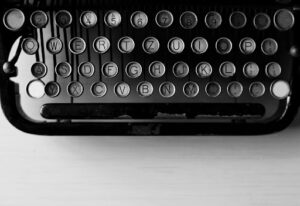 It was the early moniker for what we now call record players or hybrid radios/record players that made an appearance during the War of 1812.

Philo Farnsworth gave the first public demonstration of all electronic television in 1928. Several nations started broadcasting in the 1930s, and by the end of World War II, millions of people all around the world were tuning in.

LED (light-emitting diode) displays are one of the newest and most advanced technologies in TV screens/shows. They are anticipated to replace LCD and Plasma technologies because they rely on electronic principles.

Many resources were devoted to electronic targets and aircraft locations during World War II. Radio beams, electronic countermeasures, early radar systems, and so on all fall into this category.

The use of electronics is on the rise and our lives depend on it. The early electronics were so awe-inspiring that we could never predict today’s development. Clearly, we have no clue of the future and upcoming inventions, as this trend will only accelerate.

What New Trends to Look Out For in the Gaming World

Cartiers for Investment: Which Cartier Watches Retain Their Value