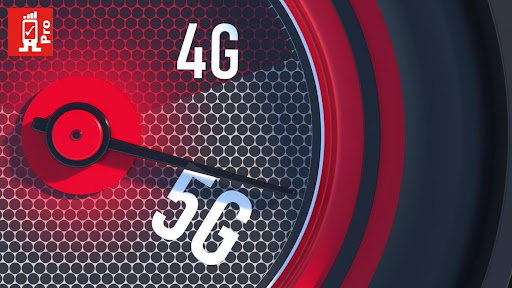 5G network is becoming one of the most impactful technology transformations we will see in our lifetime. In the future, 5G will rule the world with high connectivity and extreme communications and deliver next-generation experiences like smart cities, autonomous driving, and the Internet of Things (IoT). 5G NR (global standard technology) is reckoned for providing a unified, more capable 5G wireless air interface – it will deliver significantly faster and more responsive mobile broadband experiences. In addition, 5G NR (New Radio) will also expand or develop mobile technology to connect a variety of new industries. So, now let us look into building 5G on LTE with App based 5g tester, 5G test equipment, 5g network tester tools and Smartphone based RF drive test tools & equipment, RF tester software app & network LTE 4g tester.

As earlier, any (different) mobile network technology turns (2G network to 3G and 3G to 4G), now it’s the time for 5G, but it will not replace 4G/LTE networks. 5G will coexist with LTE instead to improve LTE infrastructure by delivering 5G use cases about ultra-broadband, low latency, and massive machine-type communications. Furthermore, 5G will take certain technologies (3GPP releases 12, 13, and 14) to new heights for those applications utilizing millimeter-wave frequencies – 5G will disrupt several industries with data rates of 10Gbps and 1ms end-to-end latencies but with LTE.

With 5G’s support (for sub-6GHz) spectrum, companies can simply transform their private LTE network into a private 5G network, even using the same spectrum currently used by them for their private LTE network, and the best part is that they will be benefiting from many of the speed, latency, and other performance improvements offered by 5G. Hence rigorous 5G testing (RAN automation testing, 5G network slicing, etc.) is required to improve QoE.

LTE establishes the Foundation for the 5G network

It’s a fact that from sophisticated beam-forming antennas to the use of very high frequencies at millimeter waves, the 5G network has plenty of moving parts. But these will not be possible without an LTE foundation (already built). Basically, the innovations in LTE are building the foundation for 5G, for example – Gigabit LTE can deliver much higher data rates than standard LTE by leveraging some key capabilities (previously launched by 3GPP, such as MIMO, Carrier Aggregation, and 256 QAM).  Then the continuing evolution of LTE (foundation for 5G) will be able to accelerate the expansion of mobile into new vertical markets such as C-V2X, and the Internet of Things (IoT).

5G is expecting to acquire on top as per market growth possibility. If we compare its importance from a financial point of view, the revenue possibility of 5G, which is supported by wider bandwidths and faster networks, will impact the industry significantly. A report reveals that 5G services are expected to gain revenues of nearly $250 billion annually and at a worldwide level.

5G network in the coming period will build on existing infrastructure from LTE networks to the introduction of some entirely new technologies, which have never used on such a huge commercial scale. This will enable operators to decide on whether they should upgrade existing LTE technology (with higher levels of carrier aggregation, modulation, more bandwidth, and unlicensed spectrum) to 5G NR (with its 10-20X improvement in bandwidth).

Expectations are indeed high for the 5G network, and one important expectation is that 5G with varied use cases will let cellular technology expand into markets on a larger scale. As 5G has entered the world of machines (applications such as autonomous vehicles and wearable consumer devices) and can connect millions of remote industrial sensors, so the research says 5G will create unending opportunities globally.

LTE establishes the foundation for the 5G network. There is no doubt that 5G involves plenty of moving parts—from sophisticated beam-forming antennas to the use of very high frequencies at millimeter-waves, but then these will not be achievable without the foundation already built by LTE. So, current advancements in LTE are establishing the foundation for 5G. Whether it’s V2X, V2I, millimeter waves, or 5G NR, all these things are complex for a stable network. So, to avoid such challenges, rigorous 5G testing needs to be performed along with tools such as RantCell tool (a smartphone-based app) and enhance the Quality of Experience (QoE).

Things You Need To Know Before Creating Your Own Business Website

Smart Thermometers and Other Ways to Check Temperature...

Benefits an Outsource Development Company Can Offer to...

Power of the Youth Rises in Soul Metaverse

Five Ways to Kick Start Your Morning and...

How to Use a Pirate Bay Proxy to...

The country’s government network was forced to shut...

How to Fix HTTPS and SSL Issues in...