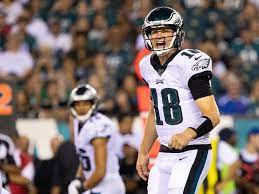 Baltimore Ravens quarterback Tyler Huntley had the unenviable task of trying to fill in for former NFL MVP Lamar Jackson during a tight race for the AFC North crown. For Huntley, it was an opportunity he hoped for, but wasn’t sure if he would ever receive. Despite earning first team All-Pac 12 honors at Utah in 2019, Huntley was undrafted and caught on with the Ravens practice squad in 2020.

After appearing in two games in mop-up duty as a rookie, Huntley has shown he is more than capable of filling in. While making his first start of the season Nov. 11, 2021, Huntley passed for 219 yards and rushed for 40 in a 16-13 win over the Bears. Having a capable backup quarterback can make a big difference with NFL Lines. Over NFL history, those that have shown an ability to step in have had nice, long careers sometimes even longer than the stars they stepped in for.

Frank Reich, now the coach of the Indianapolis Colts, made his name as the long-time backup to Jim Kelly with the Buffalo Bills. While Reich’s career record as a starter was 5-15, he did throw 40 career touchdown passes opposite 36 interceptions. What Reich is best known for, however, is stepping in after Kelly injured his knee against the Houston Oilers in the 1993 AFC Wild Card game.

Buffalo trailed 28-3 at halftime at that game and Reich, at first, made it worse. In the Bills first possession after halftime, Reich threw an interception that Bubba McDowell returned for a 58-yard score. After that, however, Reich made history. He passed for 289 yards and threw four touchdowns. Buffalo forced overtime and Jeff Christie booted a 32-yard field goal to give the Bills the win.

Hostetler Gets His Shining Moment

New York Giants quarterback Jeff Hostetler was desperate to make the team he used to play on special teams. When the Giants won Super Bowl XXI against the Broncos, he wasn’t active and watched from the stands. However, when Phill Simms went down with an injury during the season, Hostetler was called on to lead the Giants though the playoffs.

In the postseason, Hostetler wasn’t spectacular, but he didn’t make many mistakes either. In the Giants three playoff wins, he passed for 510 yards and threw three touchdowns and no interceptions. His biggest play of the Giants’ Super Bowl XXV victory may have been recovering a fumble. He was hit in the endzone by Bruce Smith in the first half and lost the ball. He was able to fall on it for a safety. Hostetler also threw a touchdown pass to Stephen Baker.

Kruczek Along for the Ride

Pittsburgh Steelers quarterback Mike Kruczek set a record in 1976 for most consecutive wins by a rookie quarterback without ever throwing a touchdown pass. Kruczek, in fact, never threw a touchdown pass in his NFL career. He played for four seasons and passed for 1,185 yards and threw eight interceptions.

Kruczek managed the game for a Steelers team that had two running backs — Franco Harris and Rocky Bleier — rush for over 1,000 yards. The 1976 Steelers’ defense was also ferocious, shutting out their opponents five times and holding two others to three points.

Doug Flutie’s football path took a non-traditional route. After signing with the USFL out of Boston College, Flutie never found a good fit with the New England Patriots or Chicago Bears. Flutie took a nine-year detour to win multiple Grey Cups in the Canadian Football League. When he returned to the Buffalo Bills in 1998, the idea was for him to back up Rob Johnson.

An injury forced Flutie into the lineup and he ended up having a 21-9 record as a starter during a three-year stay in Buffalo.

Creative Construction Longevity Based on Core of Building Reinforcement