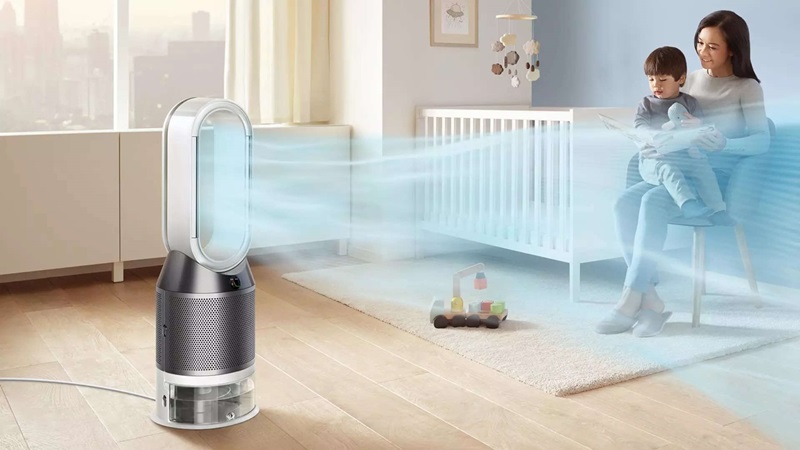 Air purifier for home is getting more and more popular and the reason behind this is air pollution. Air pollution is one of the many factors that have a negative impact on our health and well-being. Particles invisible to the naked eye, floating in our environment and having a toxic effect, arise largely as a result of human actions and activities – at the same time they are a cause of many diseases and ailments. At home, you can effectively improve the air quality thanks to mechanical filter methods. Here you can find out which health aspects can be influenced by air purifiers and whether the effects of these devices are absolutely safe for our organisms.

2 benefits of air purifiers related to our health

People are becoming more and more aware of the destructive influence of air pollution on our organisms. And they are increasingly turning to mechanical air filter systems. The dedicated devices – i.e. air purifiers – can capture even tiny particles as small as 0.003 µm, i.e. those much smaller than the PM2.5 and PM10 airborne particles most commonly found in smog. Below you can read how effectively smog can be combated, what components it contains and what other benefits air purifiers bring.

The aforementioned smog is one of the biggest environmental problems in the world today. It arises mainly as a consequence of the so-called low emissions, that is, from the flue gases from boilers and stoves that are heated with solid fuel, and leads to many diseases and disorders. Particulate matter and benzopyrene, i.e. the most important and at the same time the most toxic components of smog, the values ​​of which greatly exceed the norms in the heating season – this means that the air we breathe outside is extremely unhealthy. When we go out, it is worth using anti-smog masks, while in apartments and offices we can filter the air using air purifiers. Models that are equipped with a HEPA filter and a carbon filter are particularly suitable against smog. The first of them will effectively eliminate the tiniest of particles – including PM2.5 and PM10 airborne particles, and even PM1.0 and PM0.1 on some devices. The second (the carbon filter ) catches benzo[a]pyrene and airborne gases, including xylene, formaldehyde, toluene, and styrene, but also unpleasant odours.

The effects of air pollution can be particularly painful for people suffering from upper respiratory diseases. Allergy-triggering particles that float in the air around us become a real torment for anyone suffering from allergies. The most important allergens, which also occur most frequently, include house dust mites, plant pollen, animal hair and other animal allergens. Unfortunately, we deal with many of them every day – even in closed rooms.

If we want to protect ourselves from unpleasant ailments and diseases of the respiratory tract, it is really advisable to clean the air mechanically through a large room air purifier. People with allergies are recommended to use devices with HEPA filters, which quickly and effectively capture inhalation allergens as well as mould spores. The pre-filters used in air cleaners also catch larger dirt particles, such as animal hair or dust.

Some models are recommended by independent institutions as effectively combat allergies. If you decide to buy an air purifier for allergy sufferers, it is worth paying attention to the relevant attestations and certificates. The most important certificates in this area include:

the recommendation of the Schwarzkopf Institute.

Everything About Coin Master Hack : Best Tips & Tricks To Be A Champ

A Place to Add in Your Garden: Giantz...

Advantages of Getting a House Made Instead of...

Why will you choose Master Blinds to buy...