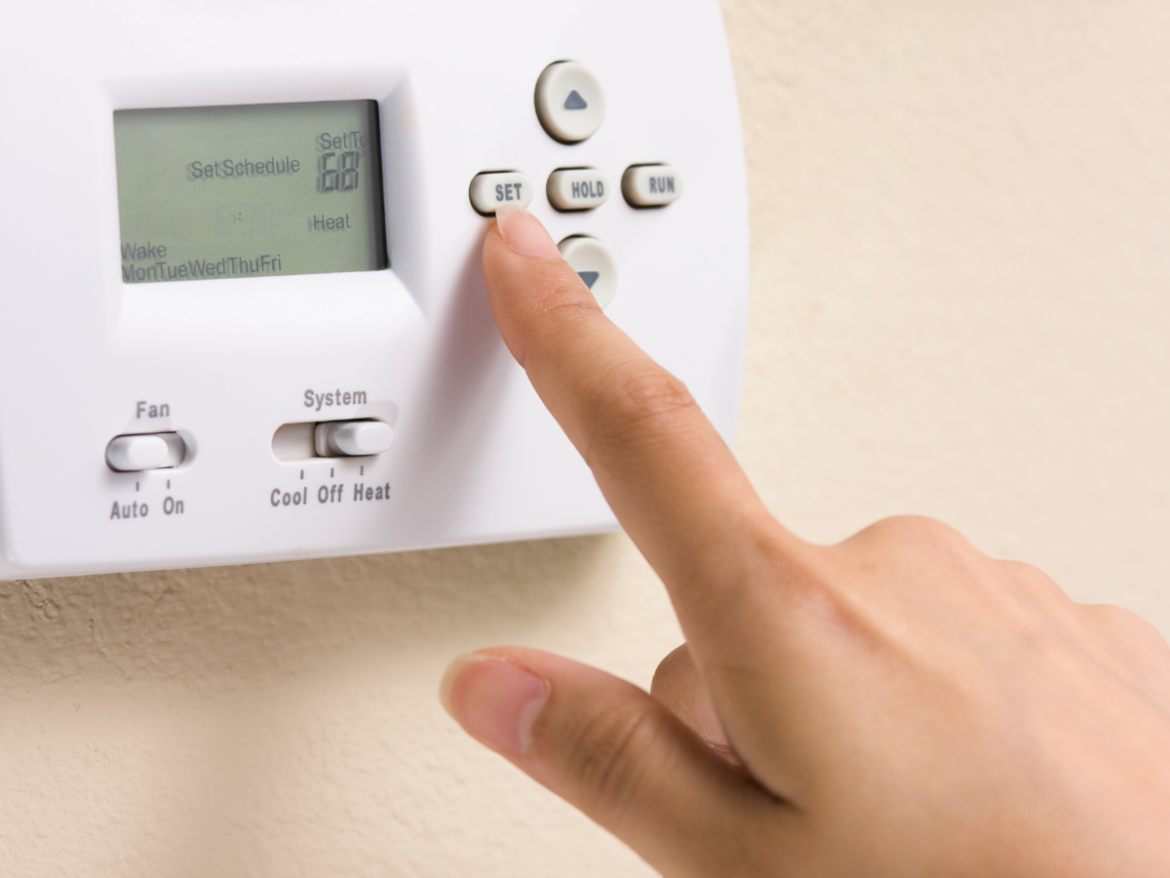 Global temperature variations in the past two decades have become more frequent than at any other time in human history. The summer months are getting hotter, and winters are becoming colder. People have become more dependent on HVAC systems to keep up with these extreme temperature changes.

HVAC systems maintain indoor comfort and promote a healthy environment at the same time. They are typically composed of different parts, and the thermostat is the most critical of them all.

What Is a Thermostat?

The thermostat is a regulating device that monitors and controls the air temperature in a specific environment. It is a crucial component of refrigeration units, car cooling networks, and HVAC systems.

A standard thermostat is highly programmable and can initiate action if a given temperature falls below or above the pre-programmed requirements. With the HVAC system, for example, the thermostat can generate electrical signals to instruct the air conditioning unit to produce cold air when the room temperature rises beyond a predetermined level.

How Does a Thermostat Work?

Two metal strips are bolted together to form the typical thermostat. Each strip is made of a different metal (steel, copper, steel, and brass), which expands or contracts depending on how hot or cold an environment becomes.

In 1620, the first thermostat was produced in its most basic form by Cornelius Drebbel.  The invention used an oven with an attached mercury thermostat and an air intake that expands and contracts, allowing more hot air to enter the oven.

A few other thermostat models were introduced after the Drebbel invention. The most significant of these was the damper flapper invented by Albert Butz, who patented his creation in 1883 and was used to regulate the airflow into coal furnaces. Then, Mark Honeywell used Butz’s invention to produce the first programmable thermostat, for which he was granted the patent in 1906.

Sometime in the 1950s, the first dialable thermostat was introduced, some of which are still operating today. Three decades later, the first digital display thermostat changed how the device is produced.

According to Dunrite HVAC in San Jose, thermostats are defined based on their components, voltage, and function.

Under this category, thermostats are classified based on the absence or presence of either mechanical or digital components.

Thermostats can also be categorized by using voltage as the determining factor. There are two types of thermostats under this category, namely low voltage, and line voltage.

Classifying thermostats by their function and device is also common.

The thermostat is an integral part of many HVAC systems that monitor a given area’s coldness or hotness. In doing this, a thermostat will usually send an electrical signal to the HVAC system to make all needed adjustments to ensure that the required heat or cold is met as programmed.

Thermostats are not entirely new inventions since they have been around for centuries. In the past few decades, however, thermostats have acquired greater importance following man’s growing dependency on air conditioning systems because of a world that appears to be continuously heating up.

12 Tips For Using Telescopes For Beginners

A Quick Guide for You to Become a Motor Insurance Agent

10 Compelling Reasons Why You Need to Sell...

Can You Sell Your House for Cash if...

A Guide to Choosing the Right Custom Body...