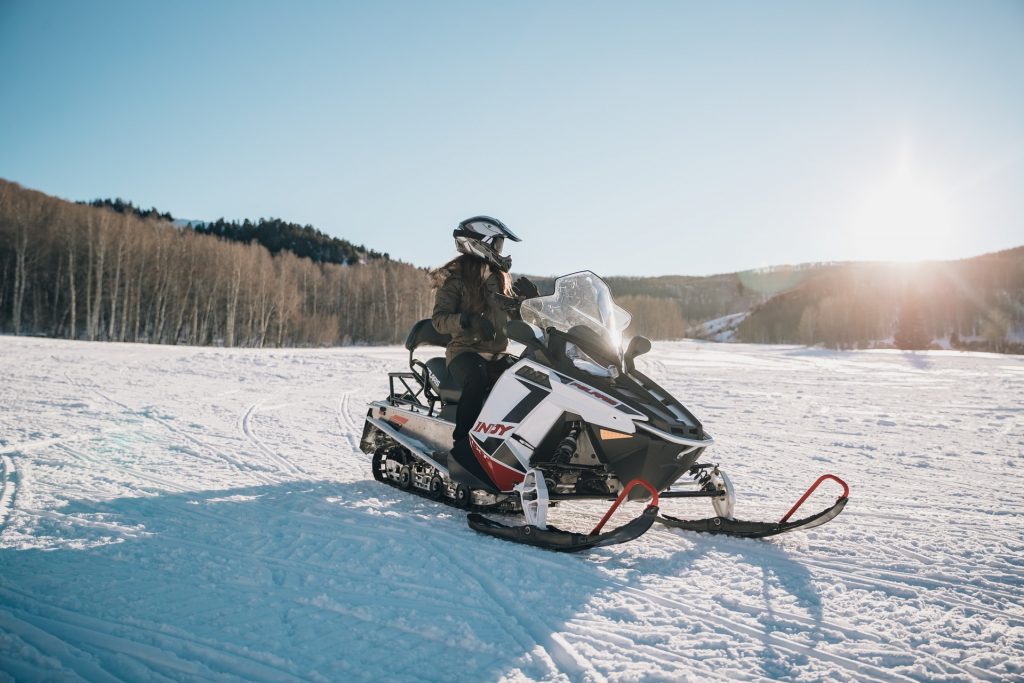 Snowmobile accidents are increasing in number and severity each year. Every year, thousands of people are injured in snowmobile accidents, many of whom require surgery and hospitalization; some adults never fully recover. One of the saddest facts about snowmobiles is that most injuries and fatalities can be avoided by taking a few precautionary steps before heading out onto the lakes, swamps, frozen ponds, and forests. Here are six little-known dangers of snowmobiling that you should find out before getting on your sled.

Many people don’t think about how deadly a snowmobile accident can be until it is too late. When you consider that these machines travel at high speeds and have no seatbelts or airbags to protect riders in an accident, it is easy to see why these accidents can cause catastrophic injury, if not death. Fatalities aren’t just limited to those who are driving or riding on a snowmobile either; bystanders can also be killed by flying debris from an accident scene or from being hit by another vehicle involved in a crash with a snowmobile.

Hypothermia occurs when your body temperature drops below 95 degrees Fahrenheit (35 degrees Celsius). This can happen when you’re exposed to cold temperatures for too long — even if you have all of your clothes on and are wearing a hat and gloves. Hypothermia can make you weak, confused, or sleepy, which could put you in danger during an accident or rescue scenario. You may also lose control of bodily functions like shivering or urinating — which could lead to other problems if left untreated for too long.

Damage to the Brain

The brain is a very delicate organ. It is protected by the skull, but when there is an accident, the helmet may not be enough to protect it from serious damage. The brain is made up of millions of nerve cells that communicate with each other through tiny electrical signals. These signals are sent from one nerve cell to another or from one part of the brain to another. When these signals are disrupted, you can experience problems with your balance, vision, and hearing.

Damage to the brain can cause:

Damage to the Spine

Snowmobiling is an inherently dangerous sport that can result in serious injuries if not properly executed. One of the biggest risks is colliding with another snowmobile or vehicle. If you are involved in such an accident, there is a good chance that you will suffer from spinal cord damage or other types of trauma to your neck and back. If this happens during an accident while driving on public snowmobile trails or private property, it may be possible for you to file a personal injury claim against the property owner or land manager responsible for maintaining those trails or roads. You can get help from Nicolet Law Accident & Injury Lawyers, who can help determine whether you have grounds for filing such a claim against them.

Frostbite is a condition in which the body tissue freezes. The most common areas of the body affected by frostbite are the fingers, toes, earlobes, and nose. Frostbite can occur if you’re exposed to freezing temperatures for long periods of time or if you’re exposed to wind chill on a cold day. You can also get frostbite from exposure to extreme cold while on a snowmobile. Frostbite symptoms include numbness, tingling, and white or grayish-yellow patches on the skin that doesn’t redden when pressed. Pain may not be present until later stages of the condition when blisters form.

Fractures can occur when you are thrown from your vehicle or hit by another one. Broken bones can also occur after colliding with trees, rocks, or other obstacles in the path.

Snowmobiling is an exciting activity that many enjoy during the winter months. Though there are plenty of known dangers associated with this sport, there are also a number of unknown dangers that can end in more than just minor injuries.

Get The Sleep You Need: Here’s How

Top essential EMT abilities. How many of them...

Health Benefits Of Drinking A Cup Of Tea