6 Best CW Shows of All Time 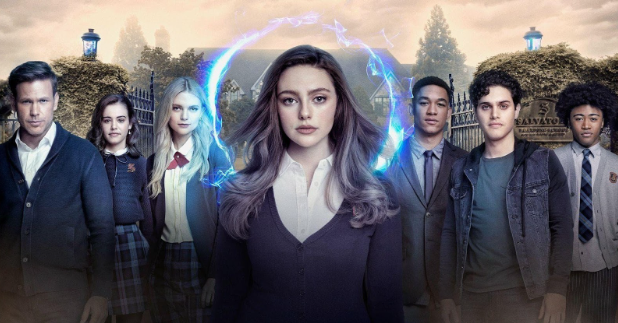 The CW has established a strong viewership over the years. The network has phenomenal titles such as Buffy the Vampire Slayer, Jane the Virgin, and numerous others. Today, however, we thought to talk about some of the finest gems that The CW has offered till now. So, without any further delay, let us tell you about a few of the best CW shows.

This show from 2005 follows the story of the Winchester brothers. Dean and Sam Winchester are demon hunters continuing their father’s legacy as supernatural hunters. The series shows them traveling across the country in their Chevy Impala as they face the most dangerous demons and monsters ever to set foot on the planet. While Jensen Ackles and Jared Padalecki portray the role of Dean and Sam, respectively, other notable actors include Jim Beaver, Misha Collins, Mark Sheppard, and several others.

DC fans also have a fantastic show to thank for on The CW lineup. The scarlet speedster also has his series currently airing on The CW network. While the show may not be as fascinating as it used to be, it still is one of the best shows that The CW offers.

For those unaware of this show’s existence, the show tells Barry Allen, aka The Flash’s origin story. You’ll get to see how Barry Allen got to become The Flash, which we love and adore in the show. Grant Gustin portrays the role of Barry Allen,  and other supporting cast members include Candice Patton, Danielle Panabaker, Jesse L. Marin, and a few others.

The Originals is originally a spin-off of The Vampire Diaries. The show tells the story of the Mikelson siblings who have returned to New Orleans. The series portrays how the powerful and ancient vampire family is hell-bent on reclaiming the city they molded centuries ago.

Moreover, they are on a warpath of seeking revenge from everyone who has ever hurt them. This series’s prominent cast members include Joseph Morgan, Daniel Gillies, Claire Holt, and others.

Even though The Flash is the hero with millions of fans, and as a result, its series has a tremendous fan-following, Arrow is the show that kickstarted this universe on The CW. That is the reason it is known as Arrowverse.

Arrow told people the origin story of Oliver Queen, aka The Green Arrow from the Justice League. In the show, fans witnessed how the billionaire playboy went through the most significant change of his life when he was stranded on the island of Lian Yu. Arrow is the show to start with if you want to catch up on all the DC shows aired on The CW. Lead cast members of this show include Stephen Amell, Katie Cassidy, David Ramsey, and others.

Gilmore Girls is a dramedy that you would enjoy on The CW. Though the show has already wrapped up after seven great seasons, you could still catch it on some of your favorite streaming platforms. And if a platform that has the Gilmore Girls is not available in your region, you can always turn to a VPN service, and stream CW live online.

The Gilmore Girls is a show about a single mother, Lorelai, who moved to Stars Hollow in Connecticut after her daughter Rory was born. The show sheds light on the mother-daughter duo’s struggles as they start a new life in Connecticut. Noteworthy actors joining this cast include Lauren Graham, Alexis Bledel, Keiko Agena, and others.

Moving on to the Sci-fi genre, The 100 offers one of the most intriguing spectacles ever to appear on The CW. The show kicks off almost a hundred years after a nuclear attack wipes clean the Earth. Now, the remainder of humanity lives on an ever-orbiting spaceship.

Frustrated with the struggles of life in space, the residents of the spaceship send 100 juvenile culprits to Earth to find out whether it is habitable or not. Initially, the 100 are excited as they are finally about to be free; but they are clueless about what horrors await them on the surface. This series’s prominent cast members are Eliza Taylor,  Bob Morley, Richard Harmon, and others.

There are numerous other TV shows worth tuning into on The CW network. Though, these are the shows to start with. And if The CW network is not available in your region, you could always ask a VPN service to watch CW live online.

Watching your heart rate – should you have a KardiaMobile Card?