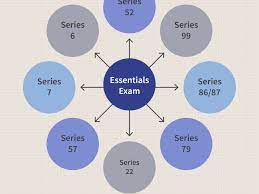 The ICC T20 World Cup was supposed to start in India in 2021. However, because of the second wave of COVID-19 in the country, the BCCI transferred the competition to Oman and the United Arab Emirates a few months ago. The world’s most prestigious international T20 event will soon start in the Middle East, with 16 teams competing.

Champions for the first time. This year, India is one of the favorites to win the championship.

One of the co-hosts of the forthcoming mega event, Oman, participated in the 2016 ICC T20 World Cup. They were, however, knocked out of the tournament before reaching the Super 10s. With Bangladesh, Papua New Guinea, and Scotland, Oman is in Group B of the qualifying round.

The winner of Group B will be in Group 2 of the Super 12 alongside India, New Zealand, Pakistan, and Afghanistan. While Bangladesh is the favorite to win Group B, Oman, with home advantage, could surprise. Oman may face India in Dubai on November 5 if they finish first.

The Men in Blue have never faced them in the shorter format of the game. India has played the Netherlands in two One-Day Internationals (ODIs), but with Sri Lanka, The Netherlands, Namibia, and Ireland, they are in Group A of the qualifying round.

Group A’s runner-up will advance to Super 12 Group 2. If the Netherlands can finish second in the standings, they will play India for the first time in a T20I encounter on November 8 in Dubai.

Another side that has played India in one-day internationals but not in T20Is is Namibia. For the first time in their cricket history. The African country has qualified for the ICC T20 World Cup. You can read Namibia’s free expert tips on different websites before going for some predictions.

In the 2003 50-over World Cup, Namibia faced India. Namibia will meet Virat Kohli’s men on November 8 at the Dubai International Cricket Stadium if they finish second in Group A of the qualifying round.

PNG has made significant progress in men’s cricket in recent years, led by Assad Vala. If PNG can surprise its opponents in Group B of the qualifying round and finish first, they will face India on November 5 at the Dubai International Cricket Stadium. In any of the three versions of cricket, the Men in Blue have never faced PNG.

The competition has been held every two years in the past. Australia was to host the tournament in 2020, but COVID-19 got postponed to 2021, with India hosting five years after the 2016 edition ended. Because of the COVID-19 epidemic in India, the matches shifted to the United Arab Emirates and Oman.

The International Cricket Council suggested a tournament for 2018 in May 2016, with South Africa as a likely host.  The ICC, however, opted to cancel preparations for a 2018 event after the conclusion of the 2017 ICC Champions Trophy.

So far, there have been six tournaments, with only the West Indies, who currently hold the championship, having won it many times. India won the inaugural World Twenty20 in South Africa in 2007 by defeating Pakistan in the final at Johannesburg’s Wanderers Stadium.

In 2010 the third event was held in the countries that make up the West Indies cricket team. England defeated Australia in the final at Kensington Oval in Barbados to win their first international title.